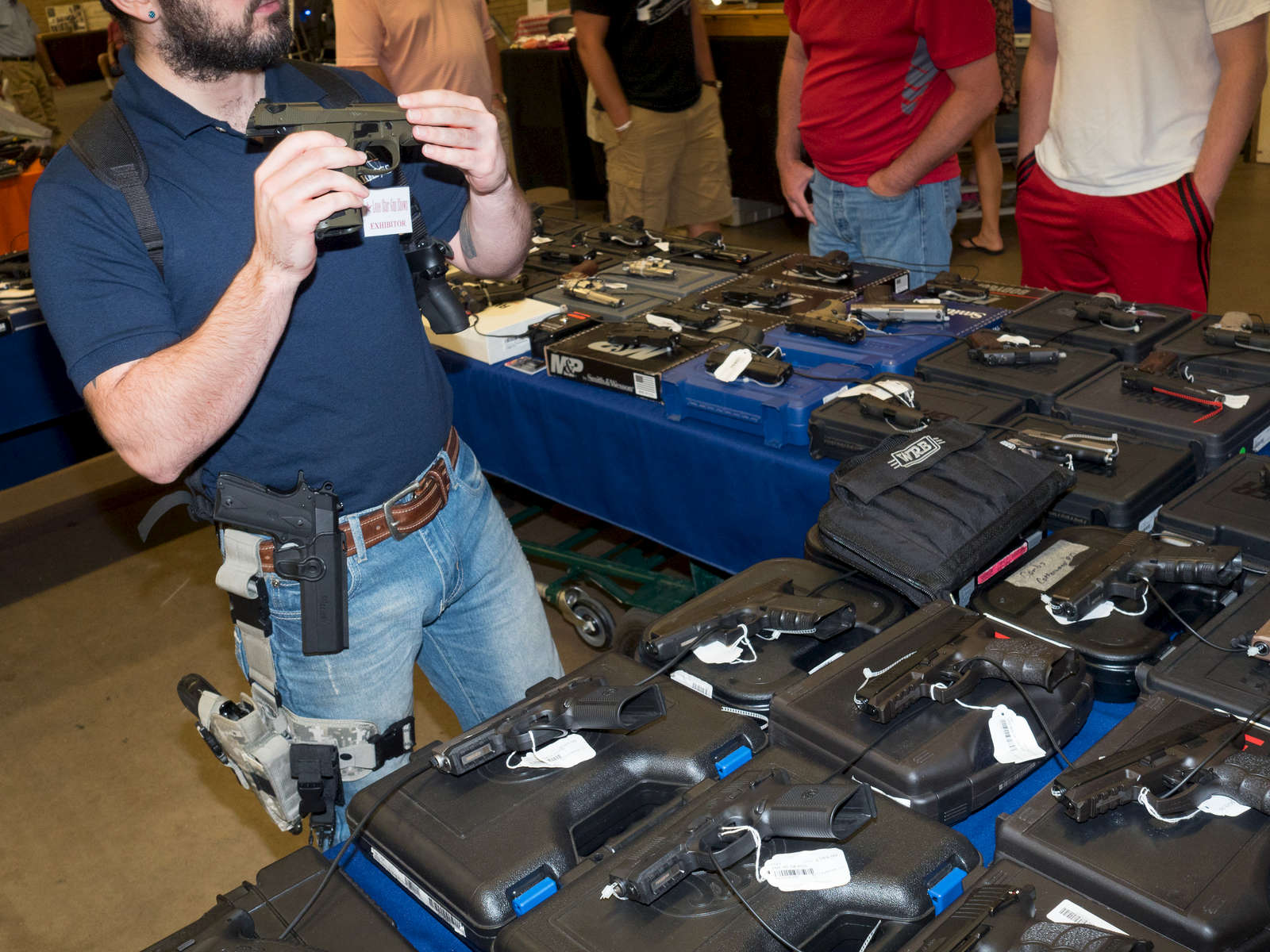 A stall employee checks a second hand gun at a show hosted at the Will rogers Memorial Center in Fort Worth.