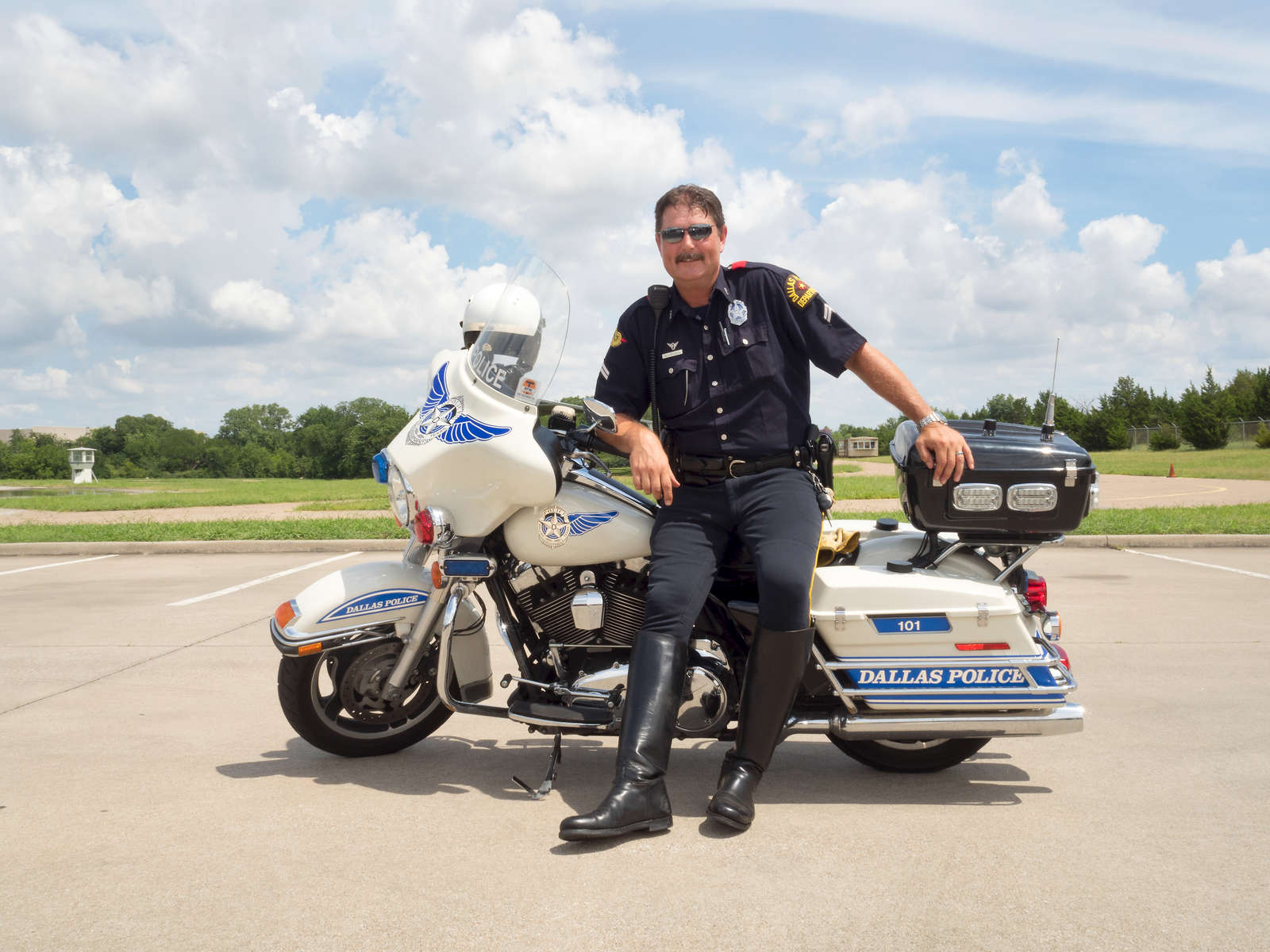 Motorcycle unit police officer Mike J Mitchell volunteers at the basic day training of the Dallas Junior Police Academy. His Harley Davidson bike weighs around 850lb and can do 110 miles an hour; he has been in the police for 26 years and hopes to retire in two.