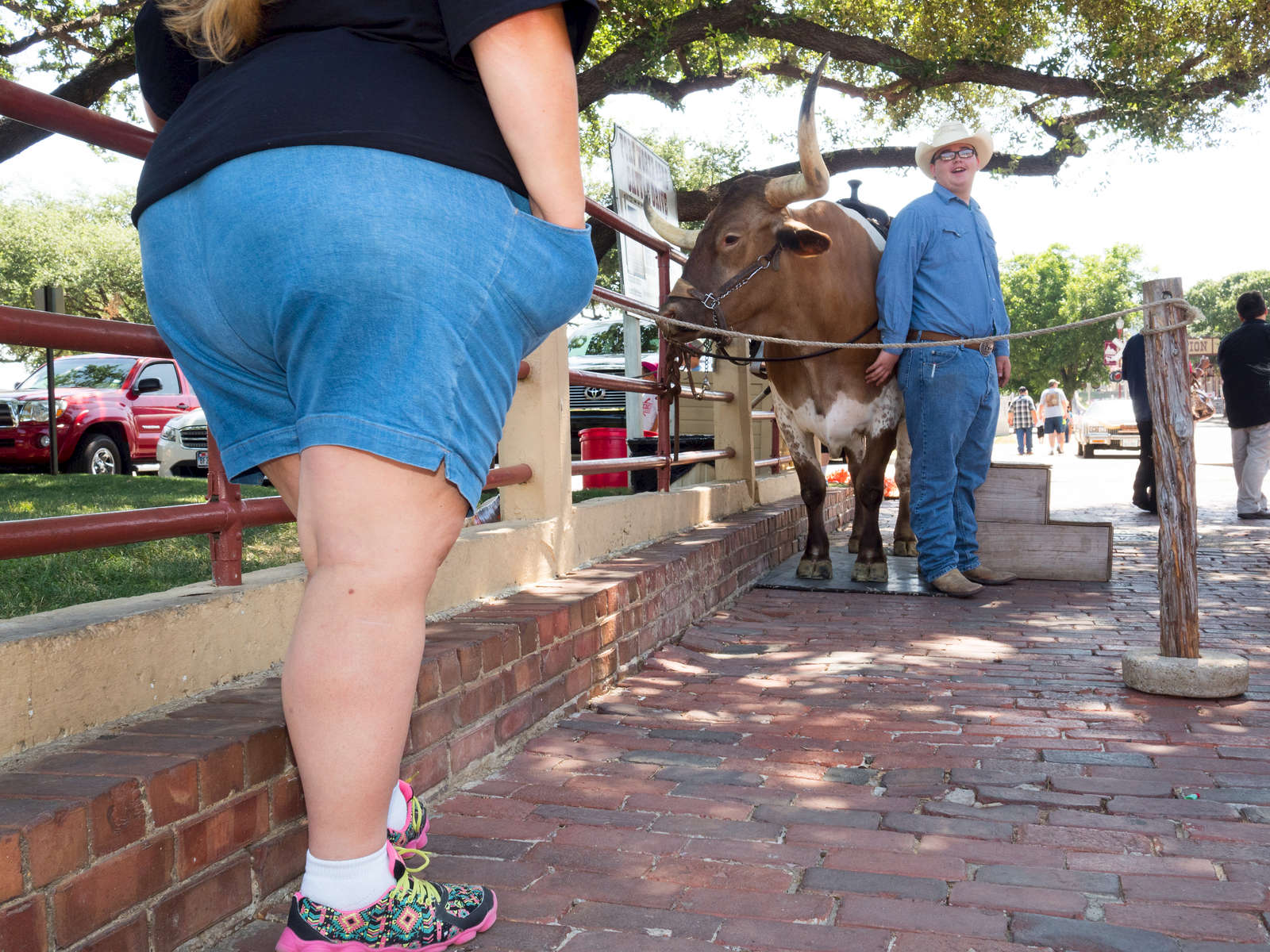 A Longhorn cow at Stockyards that visitors can pay $5 to sit on.