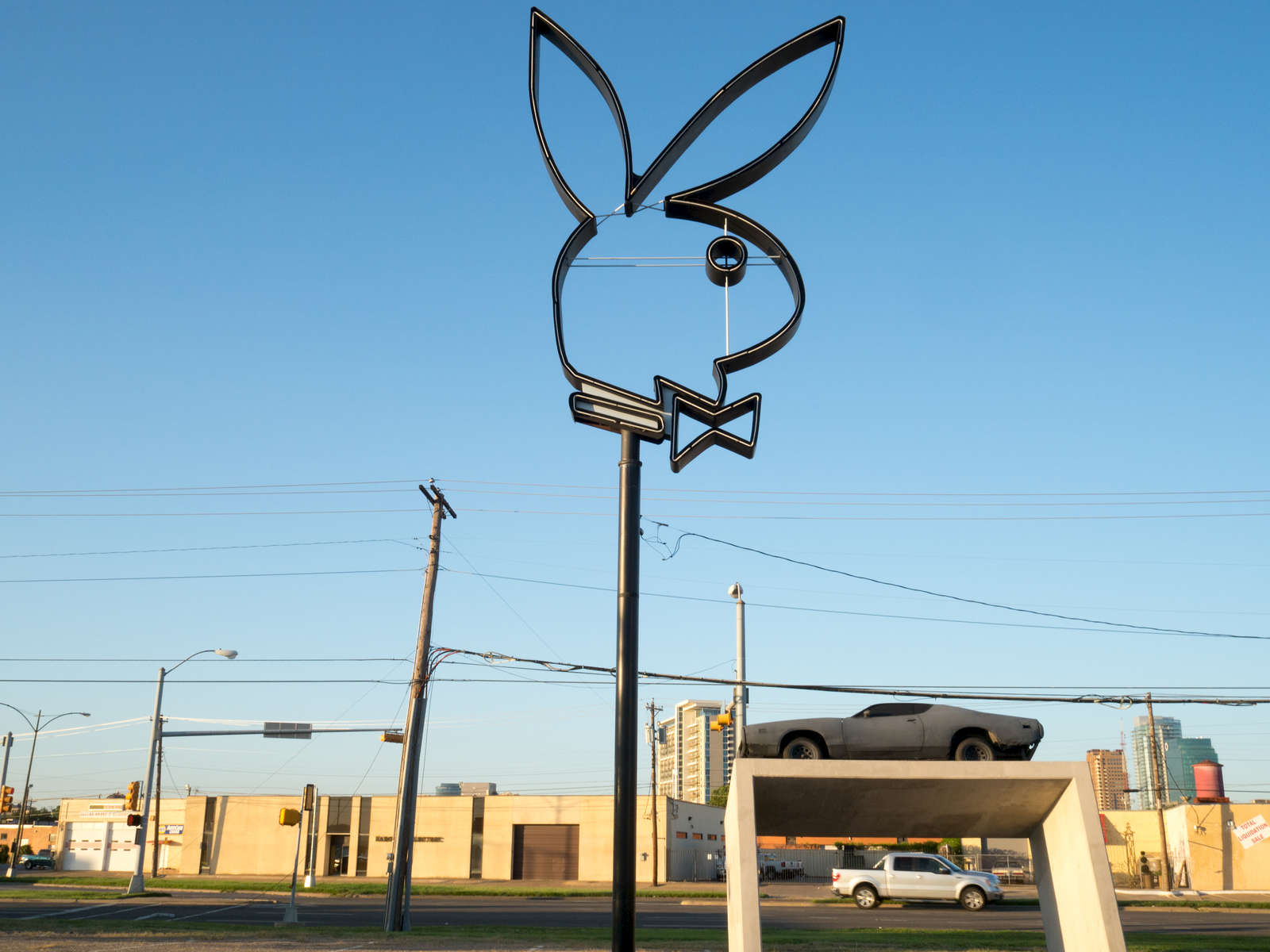 A Playboy Bunny sign in a derelict plot off Market Center Boulevard in Dallas.