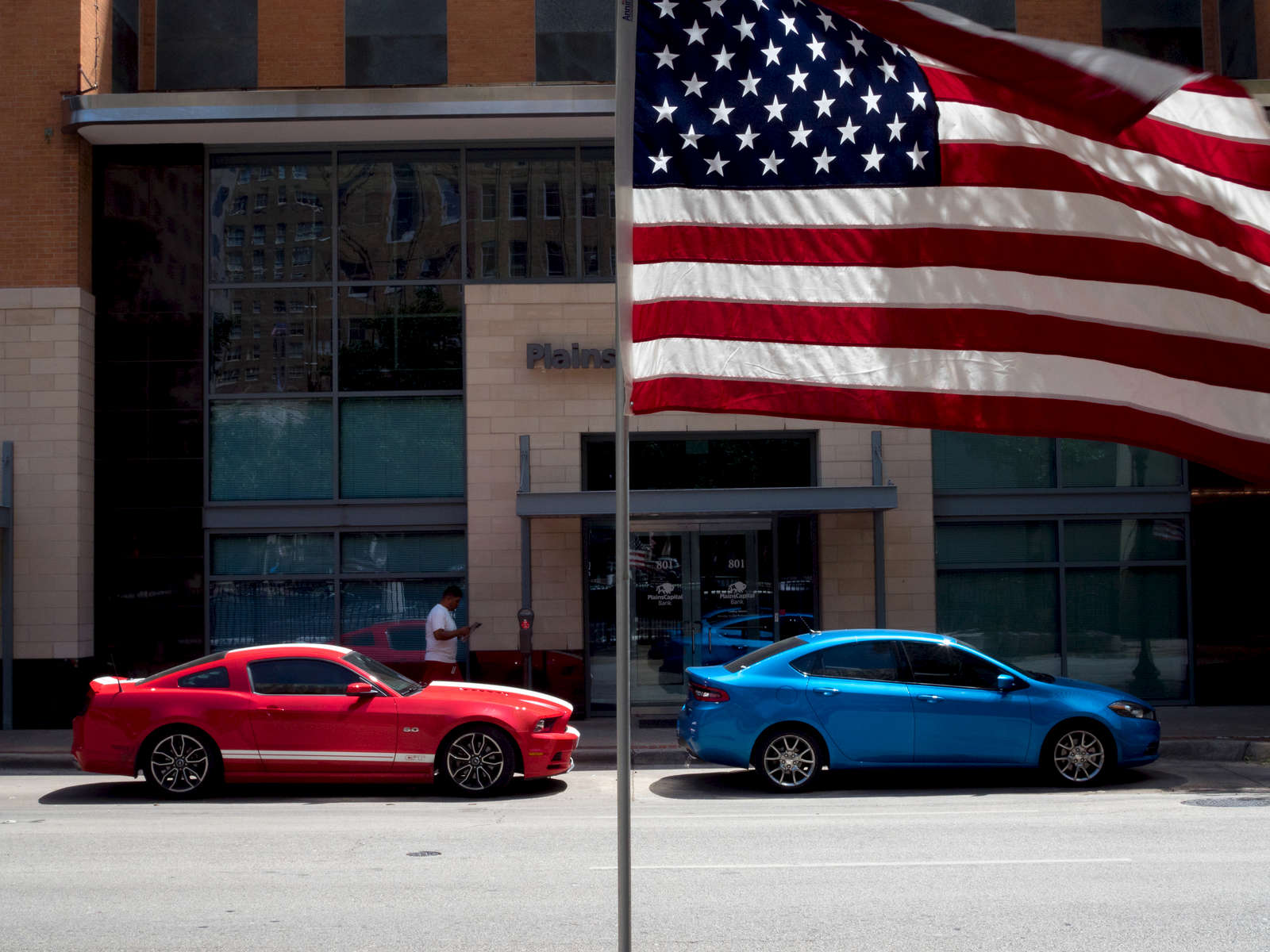 An American flag flies by the road in downtown Fort Worth.