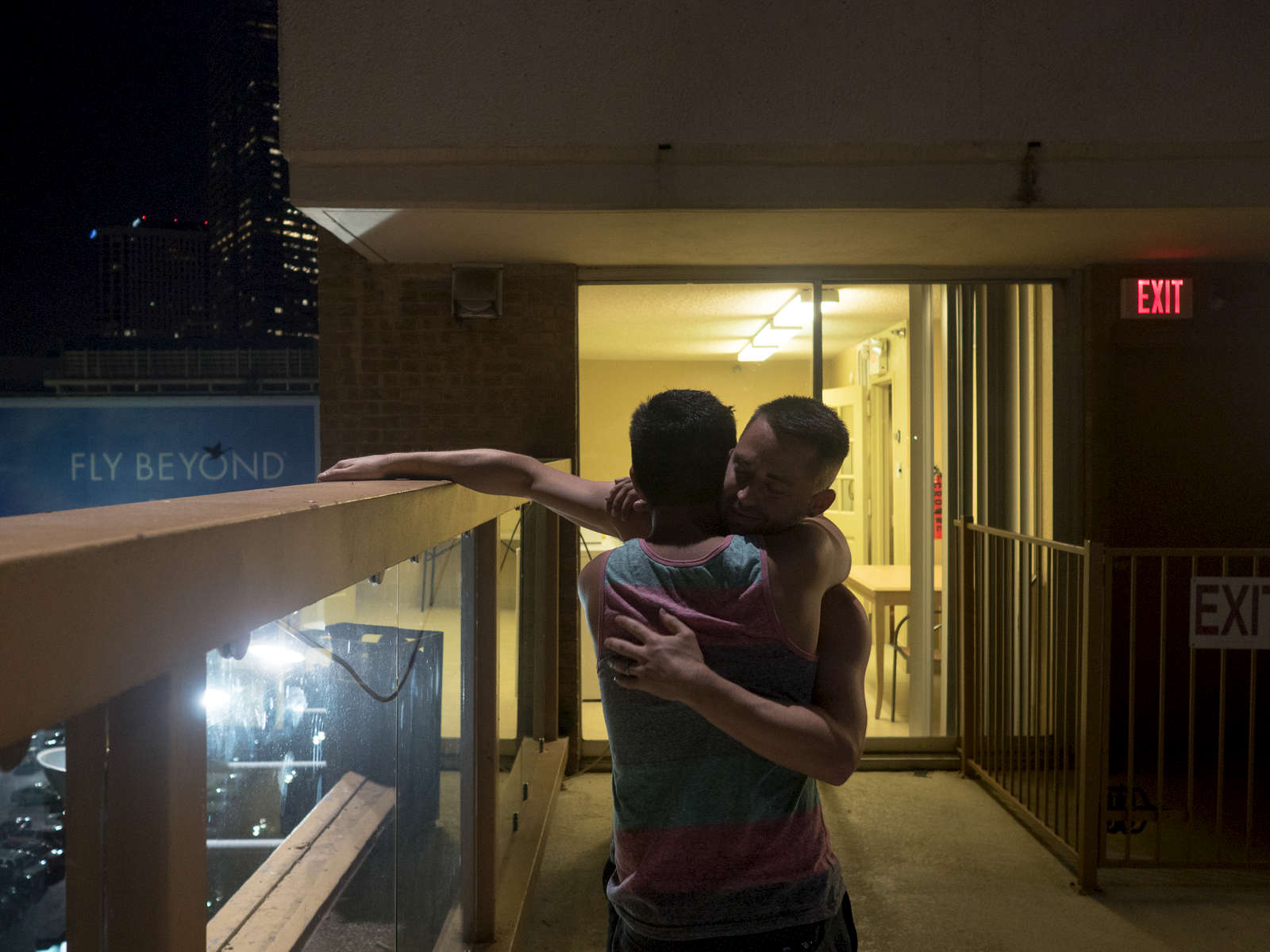 A same sex couple embrace after agreeing to get married; same-sex marriage became a legal right across America on the 27th June 2015.