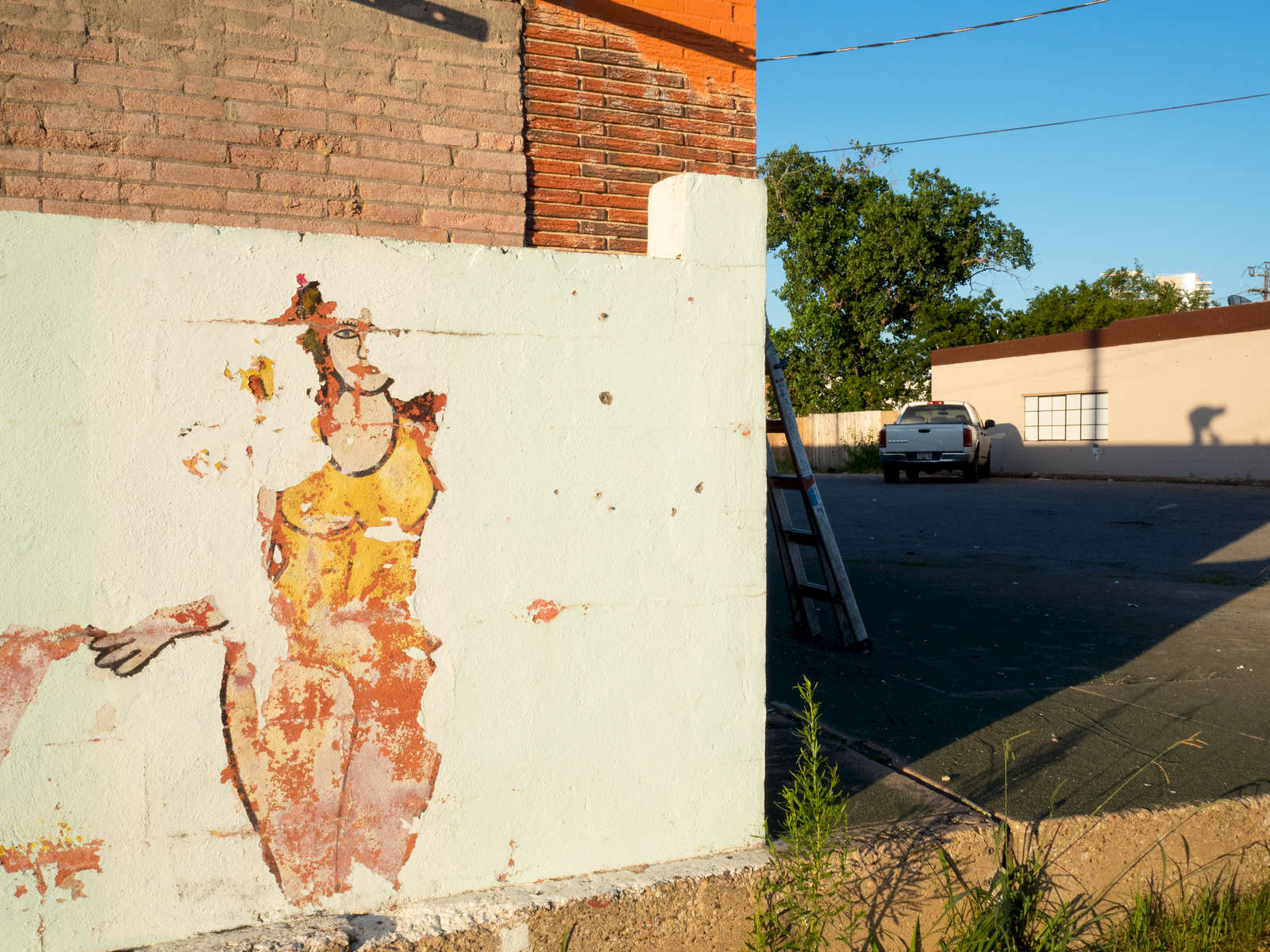 The exterior of a derelict adult entertainment club on Market Center Boulevard, Dallas