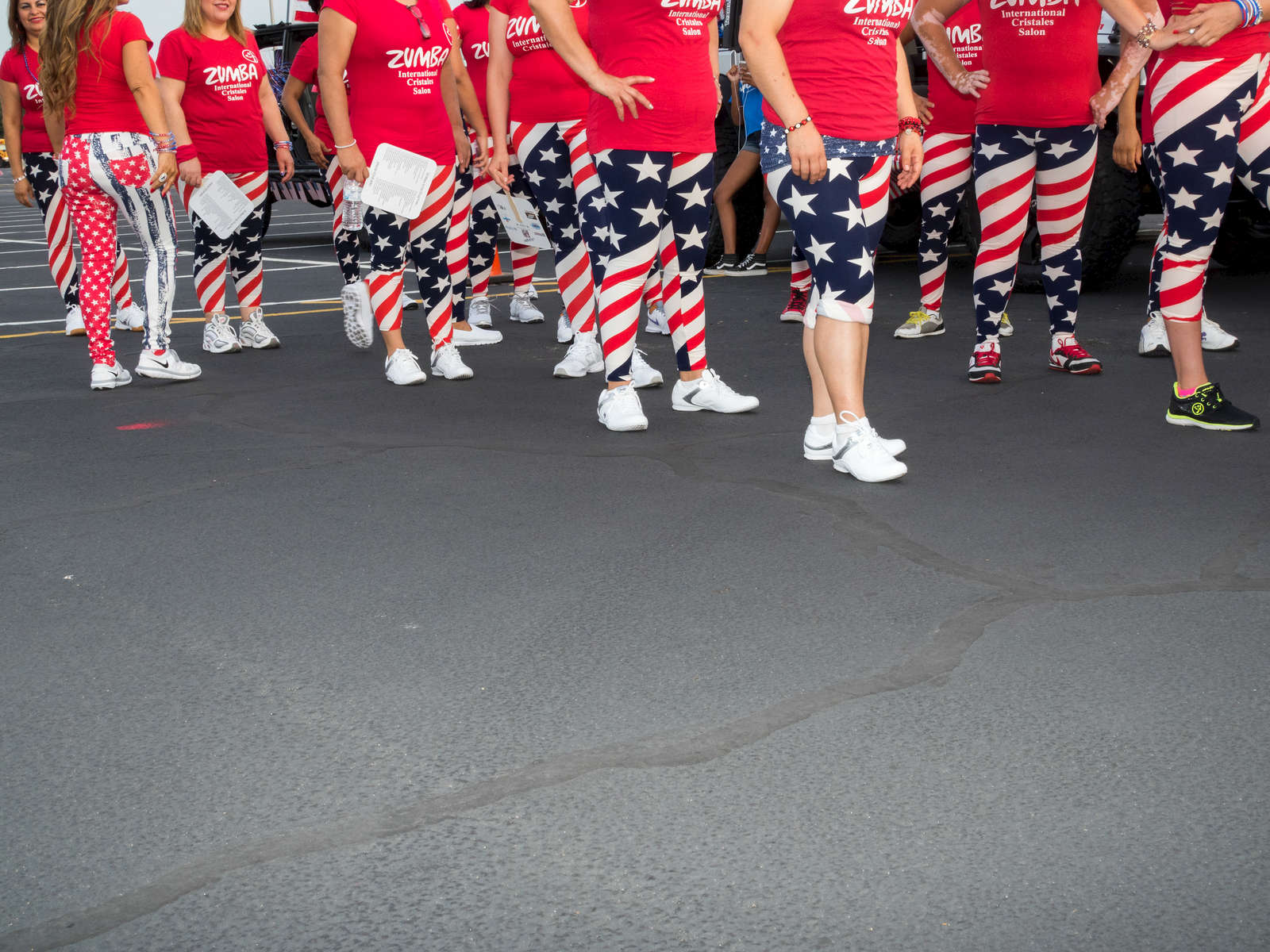 Zumba dancers prepare for the 4thy July parade in Alrington, a city 20 miles west of downtown Dallas.