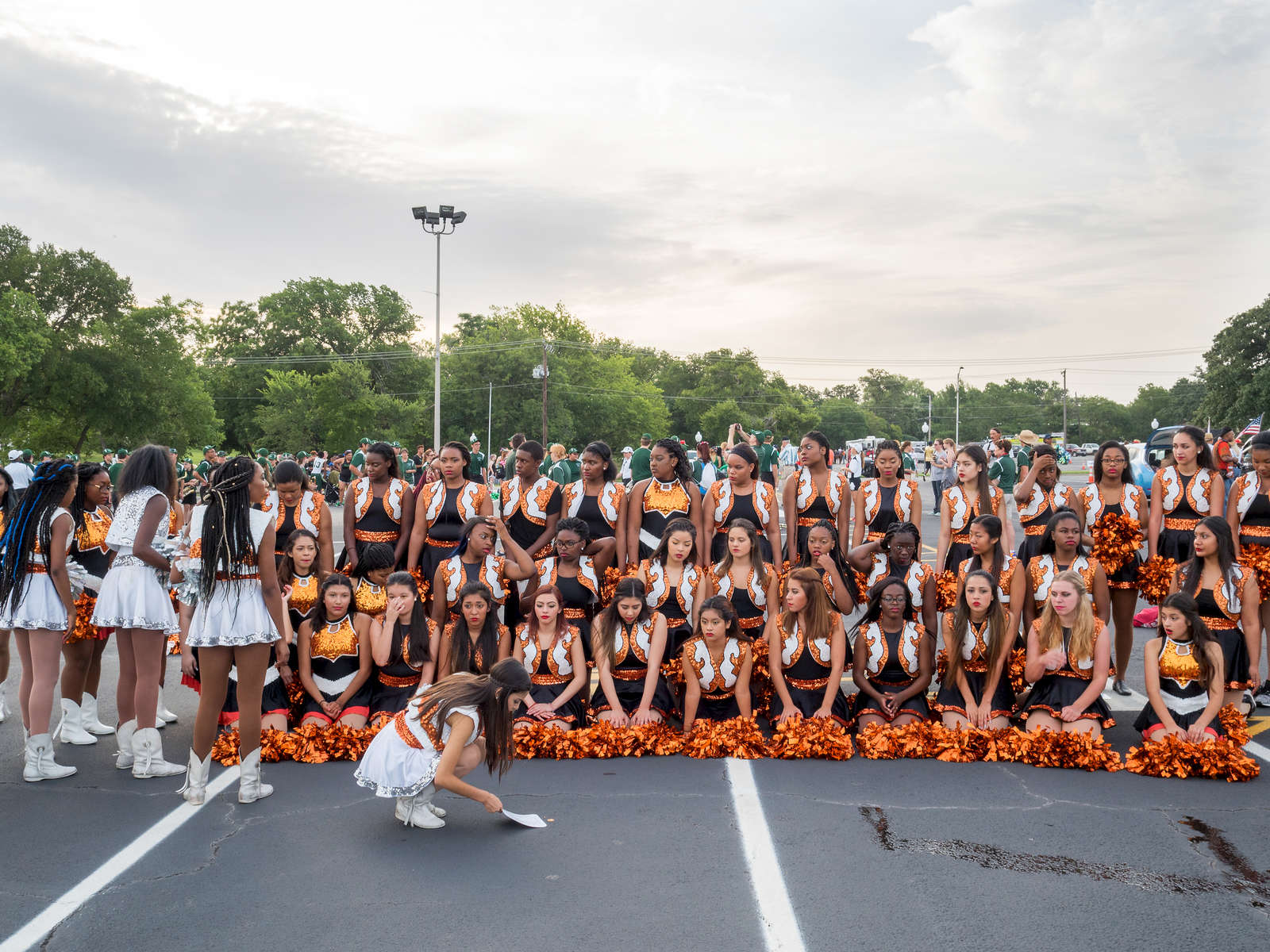 Cheerleaders prepare for a group photograph ahead of the 4th July Independence Day parade in Arlington.