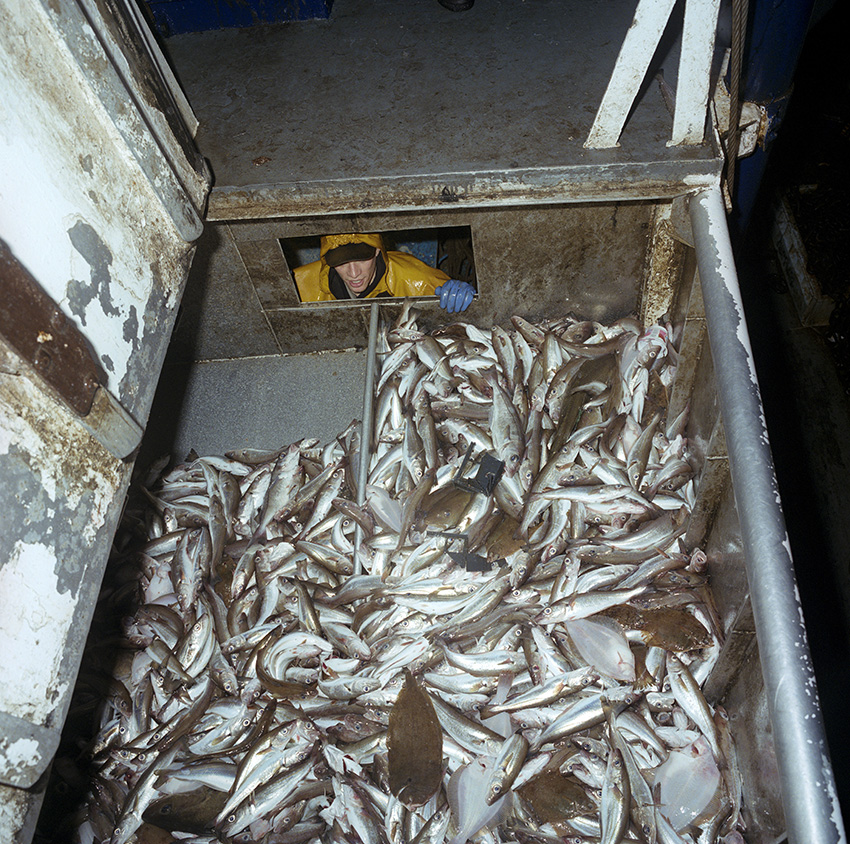 The catch from eight hours fishing in a force nine storm is a disappointing size for the crew of The Allegiance, they can expect to make around only £80 each.