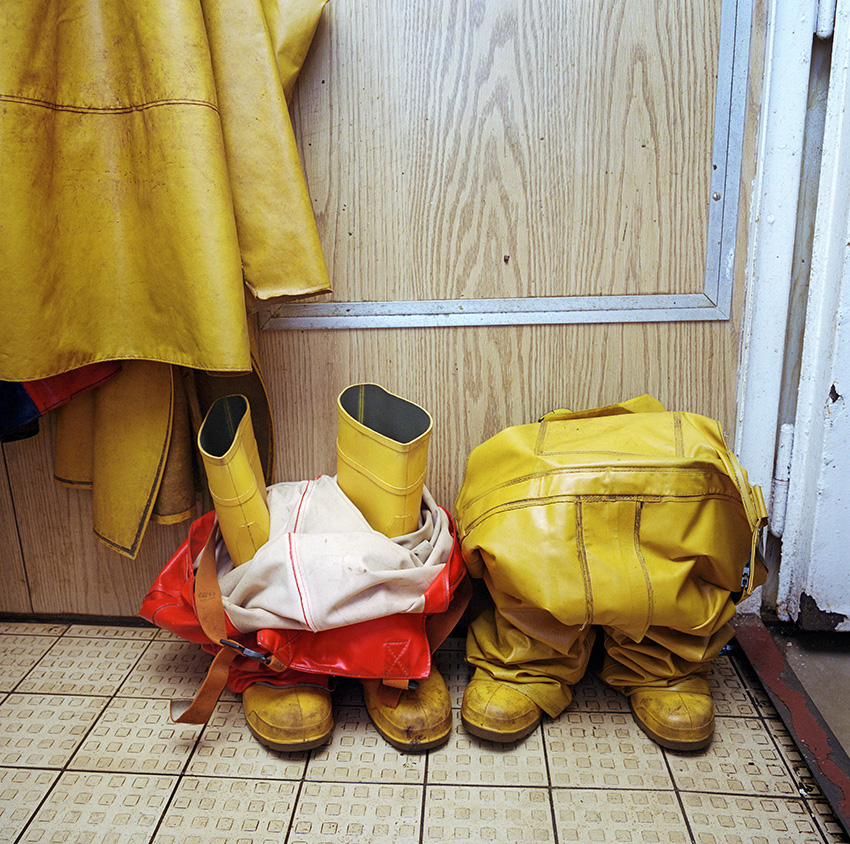 Waterproof oilskins are the essential uniform of any one working on a fishing trawler, but must be removed when inside the boat. The kit is supplied and paid for by each individual trawlerman.