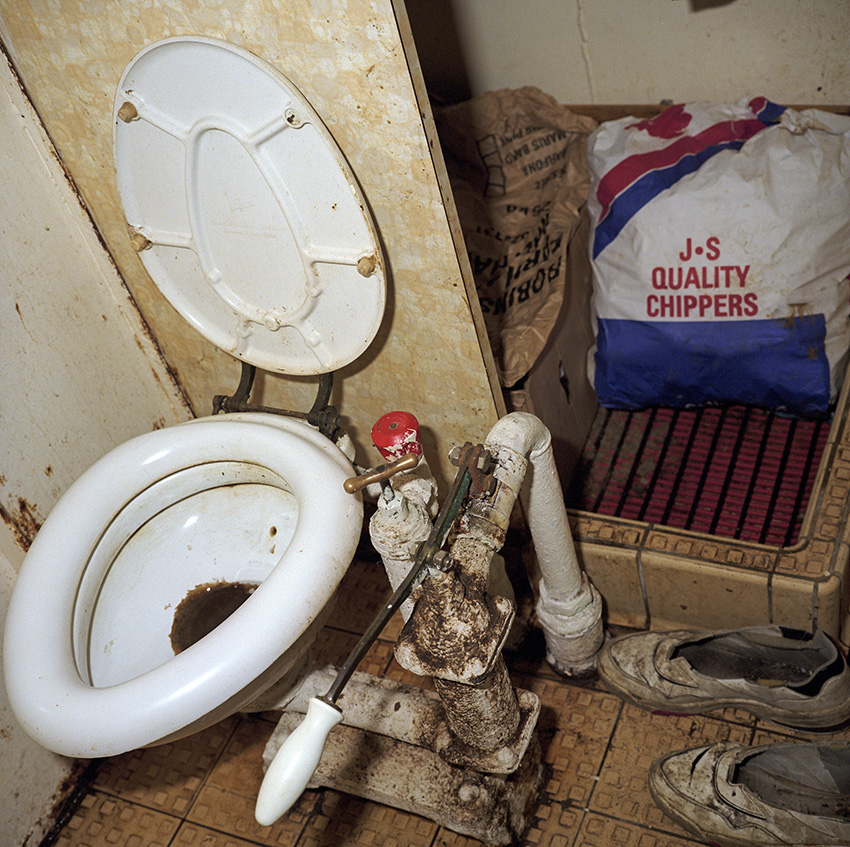 The Allegiance toilet also doubles as the cooks larder. Urination is conducted directly into the sea with the lavatory reserved for solid deposits.