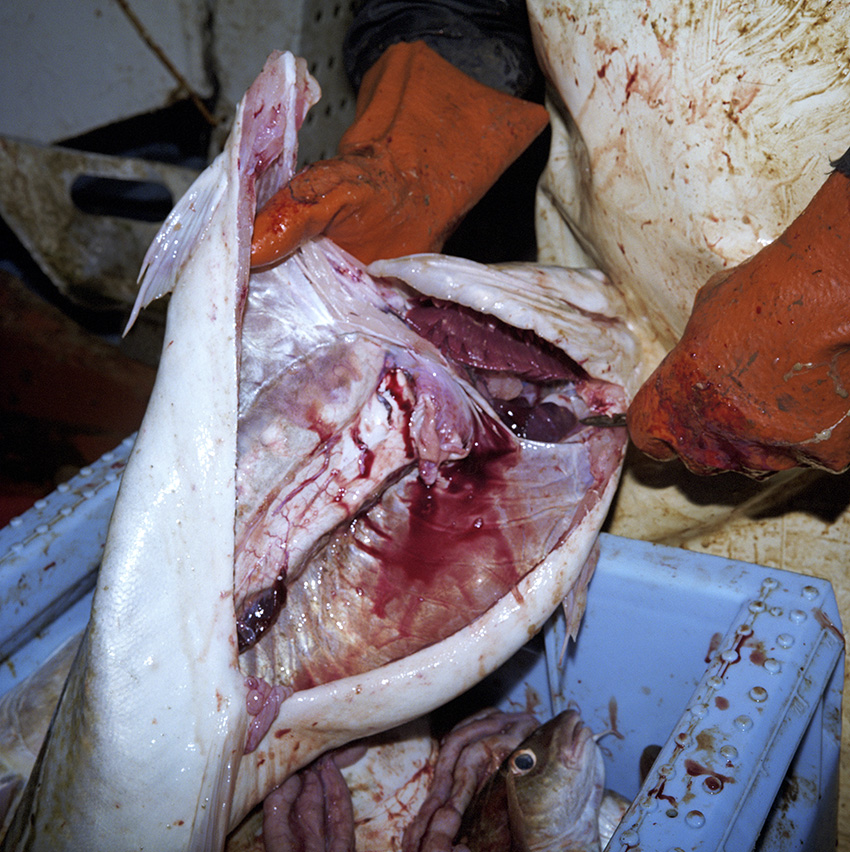 Gutting cod on board The Allegiance fishing trawler. The North Sea has become a rubbish tip and the crew attest to some of the unbelievable things they pull out including tins of blue paint tossed in by the big oil rigs, crisp packets and on one occasion, a heat seeking missile dumped by an American jet shortly after the 1st Gulf War.