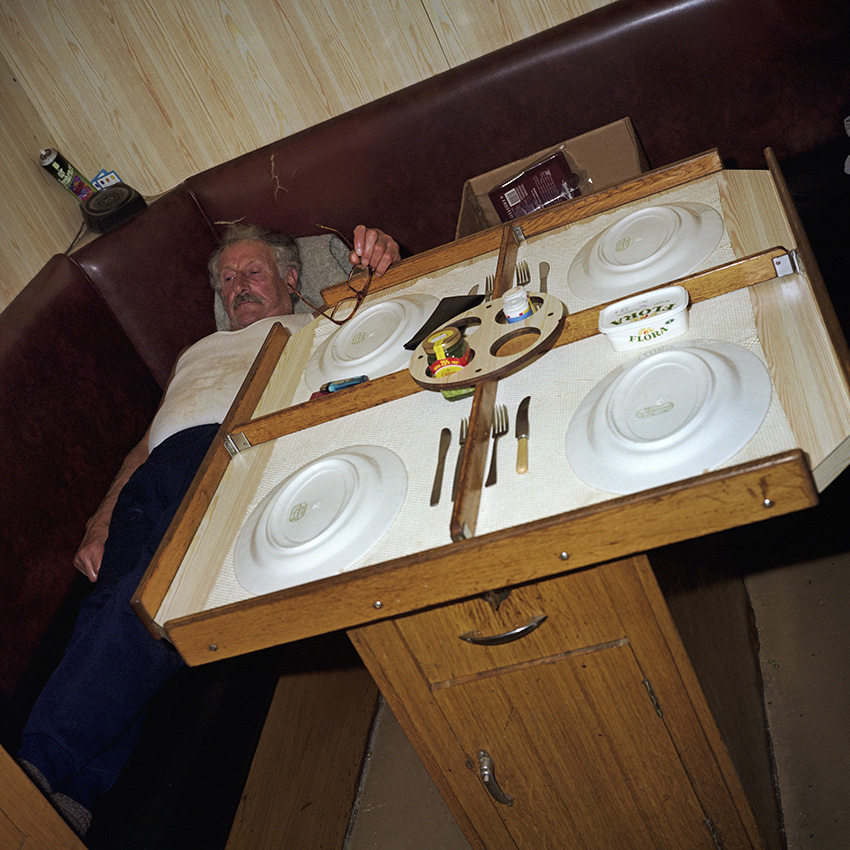 George relaxes in the eating area where the table has raised edges to stop the plates from slipping off. In 1999, George, 65, was the longest serving member of The Allegiance and has worked the trawlers since the age of 15. Also the ships cook, asked how he coped with cooking in a storm he replied: “You just make the gravy thicker.\"