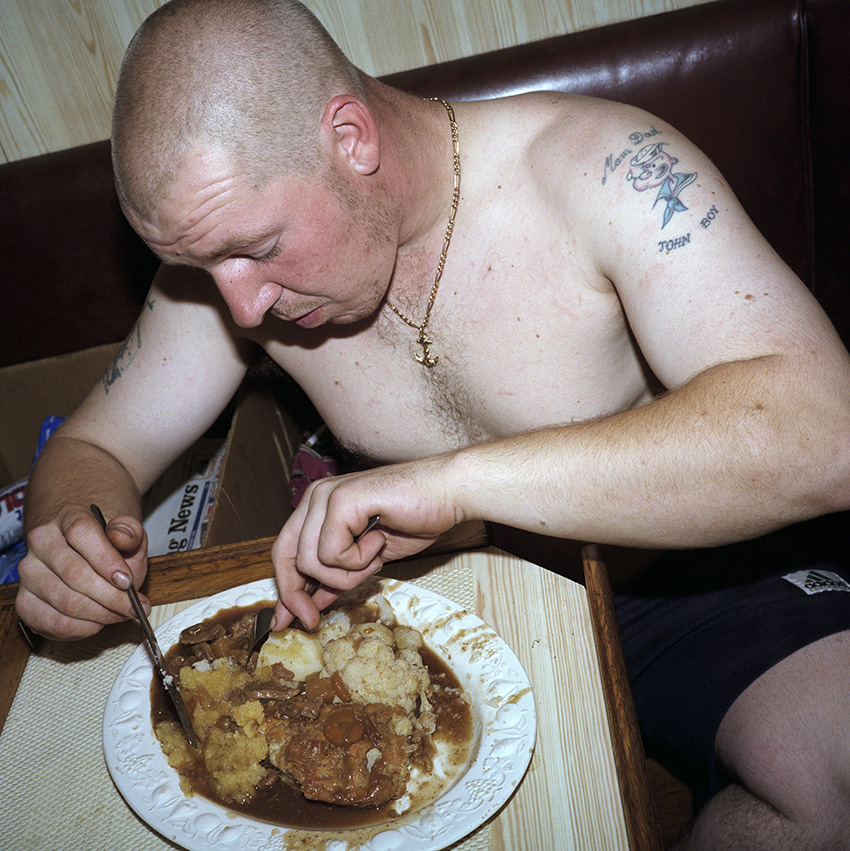 John Boy, a 22 year old geordie skinhead in 1999 tucking into a hearty meal of meat, potatoes and veg in the kitchen on board The Allegiance.