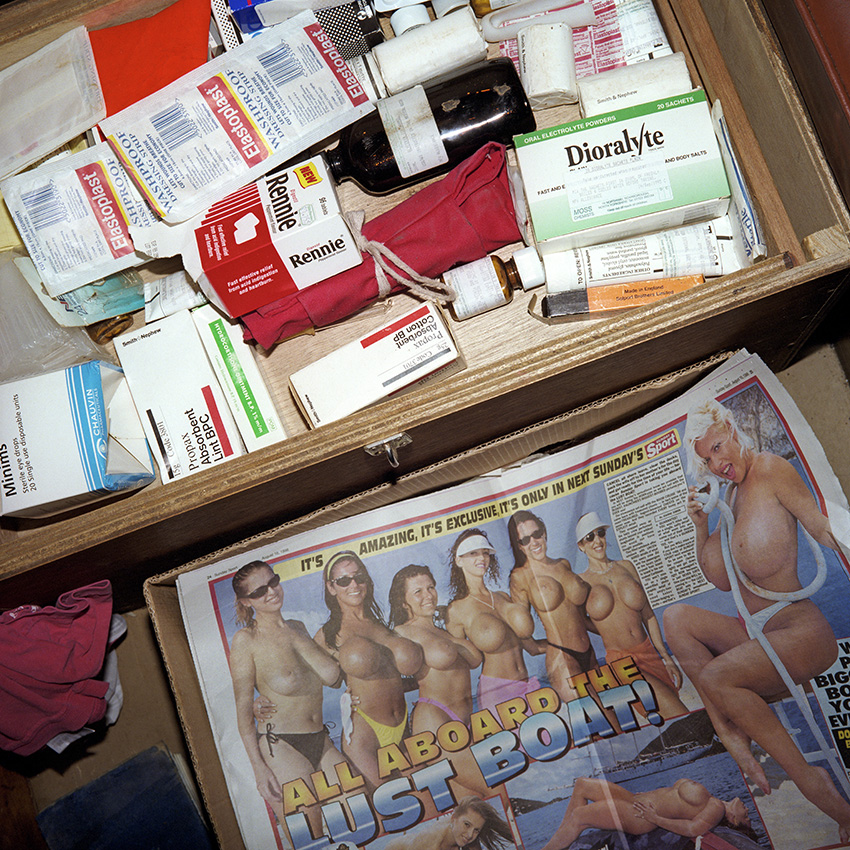 Medical supplies onbiard The Allegiance where injuries are common.