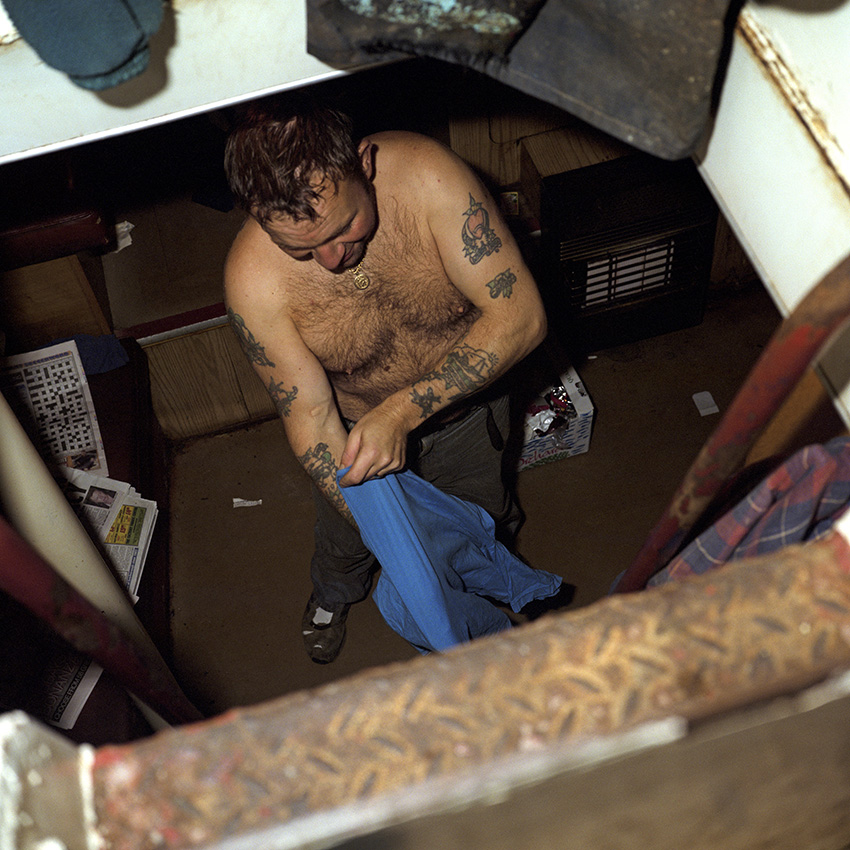 Mick in 1999 changes for work on board The Allegiance; Mick is considered the ship\'s comedian and worked on the trawlers for 24 years.

In 1999, Photojournalist Peter Dench spent five days onboard The Allegiance, a 60 foot UK Scarborough-based trawler, fishing the North Sea, with a crew of 5. The future has since become extremely bleak for the English trawler men; huge areas of the North Sea have been declared \'off limits\' and fishing quotas have been slashed in an attempt to rescue dwindling North Sea stocks from the point of extinction. These measures have jeopardised the jobs of those in the industry and put dependent towns, like Scarborough, on the brink of ruin.