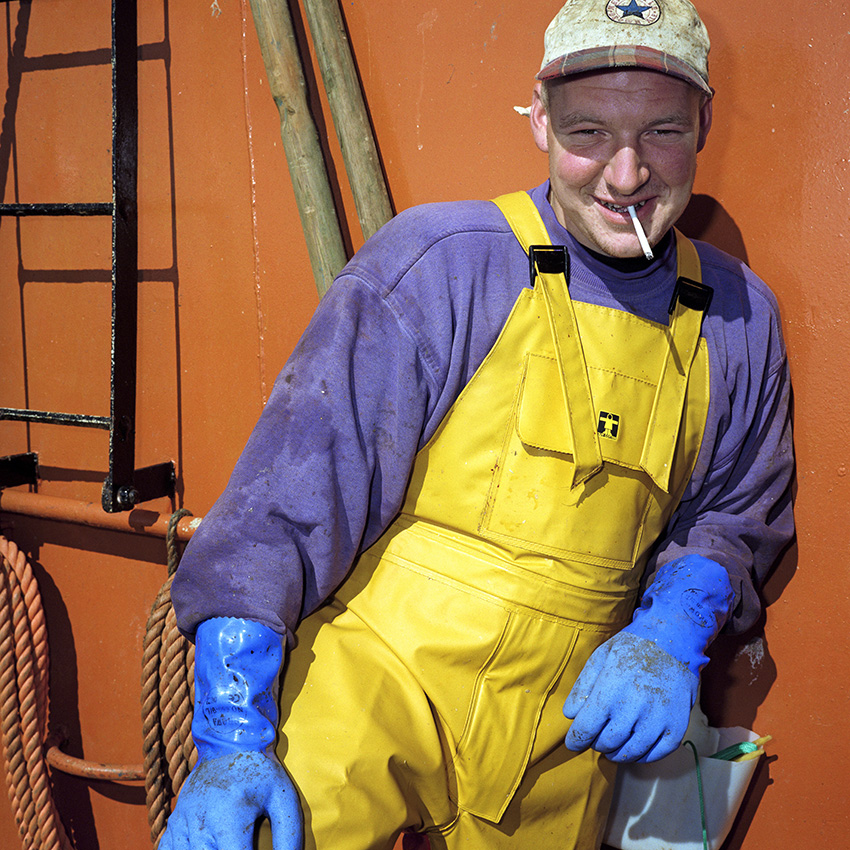 John Boy, a 22 year old geordie skinhead onboard The Allegiance in 1999.