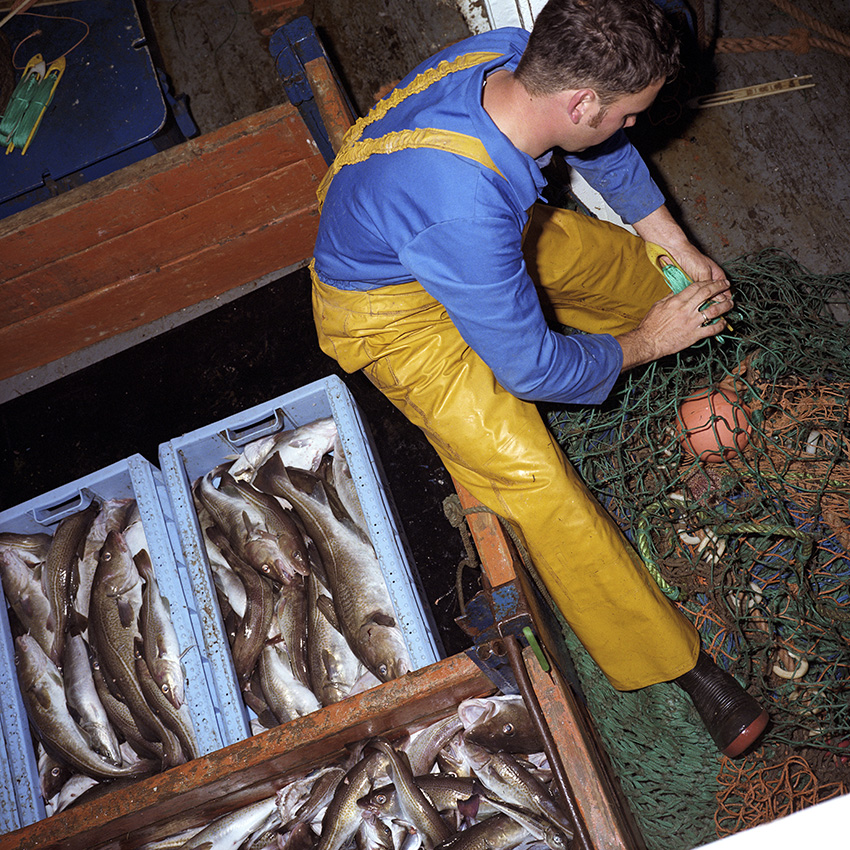 Tim, the quietest member of The Allegiance crew, repairs a net in 1999. The whole crew live on a four hour cycle that makes no distinction between day and night and means there is a permanent feeling of only just having got up.