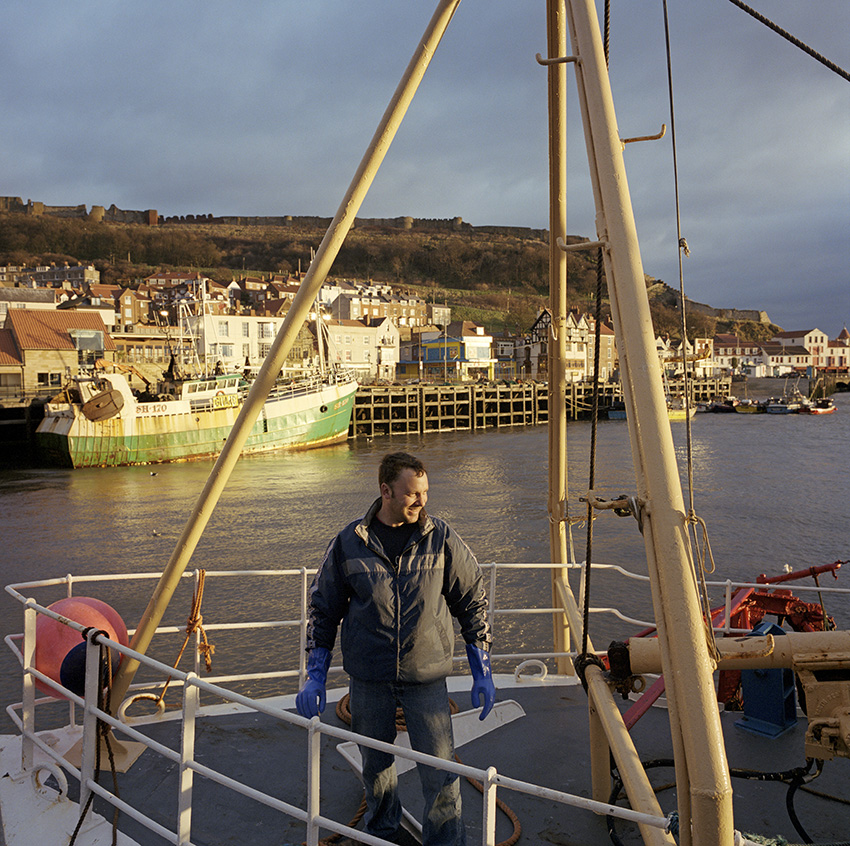 Tim onboard The Allegiance as it sets out from Scarborough to fish the North Sea.