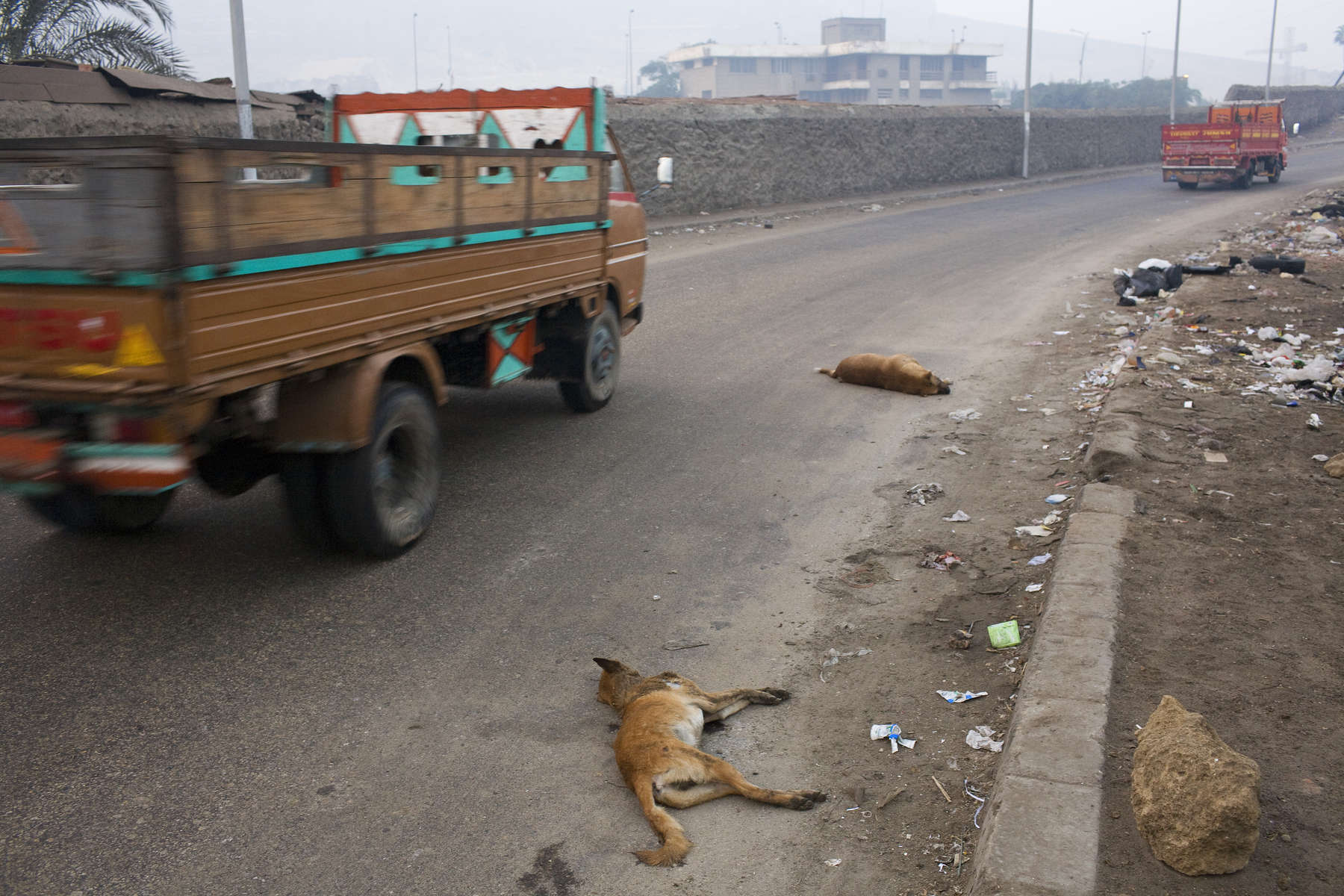 Garbage collection trucks head out on a morning shift passing two dead dogs on the road out of Moqqatam.