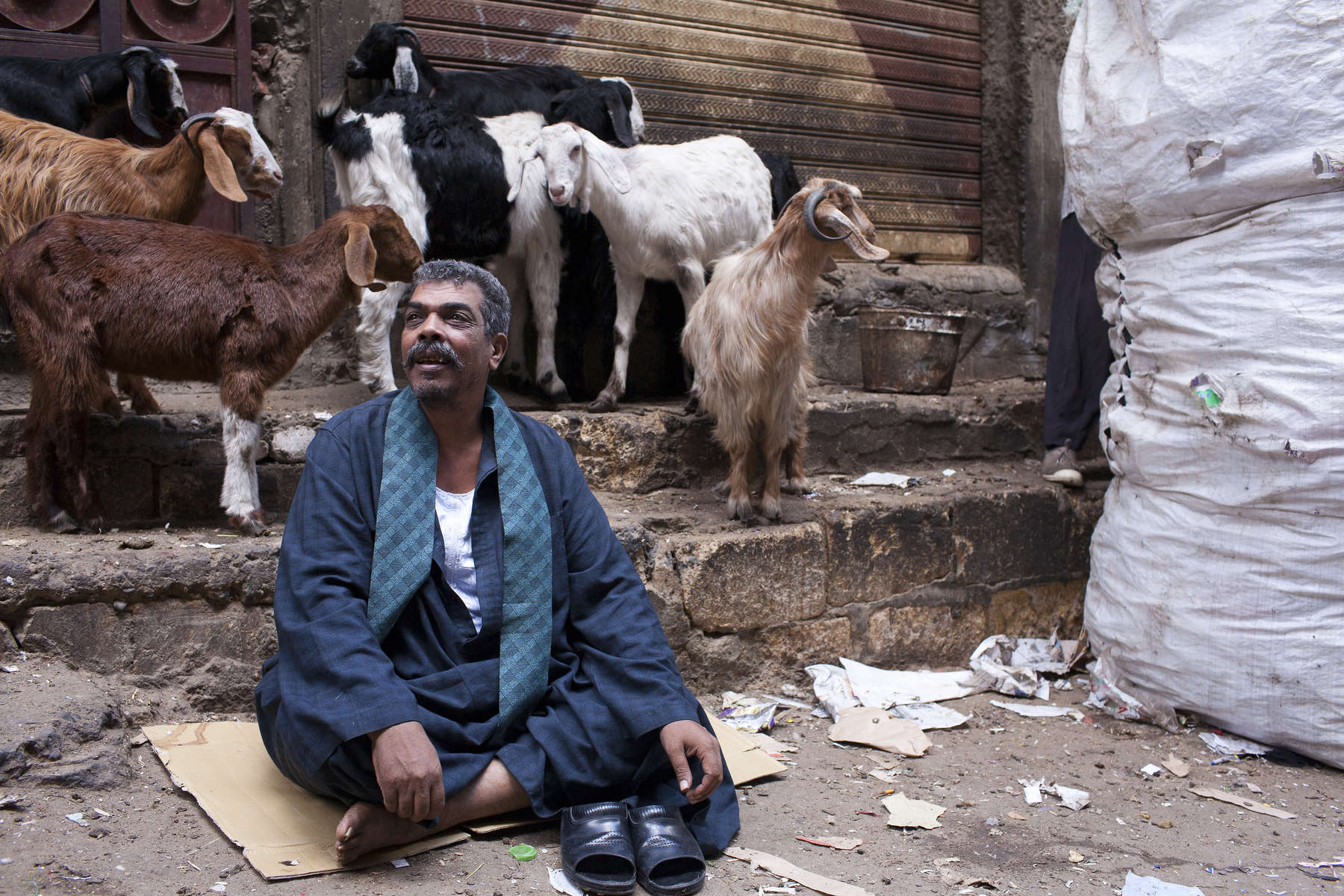 A Zabaleen man sits with his goats on the street in Moqqatam.