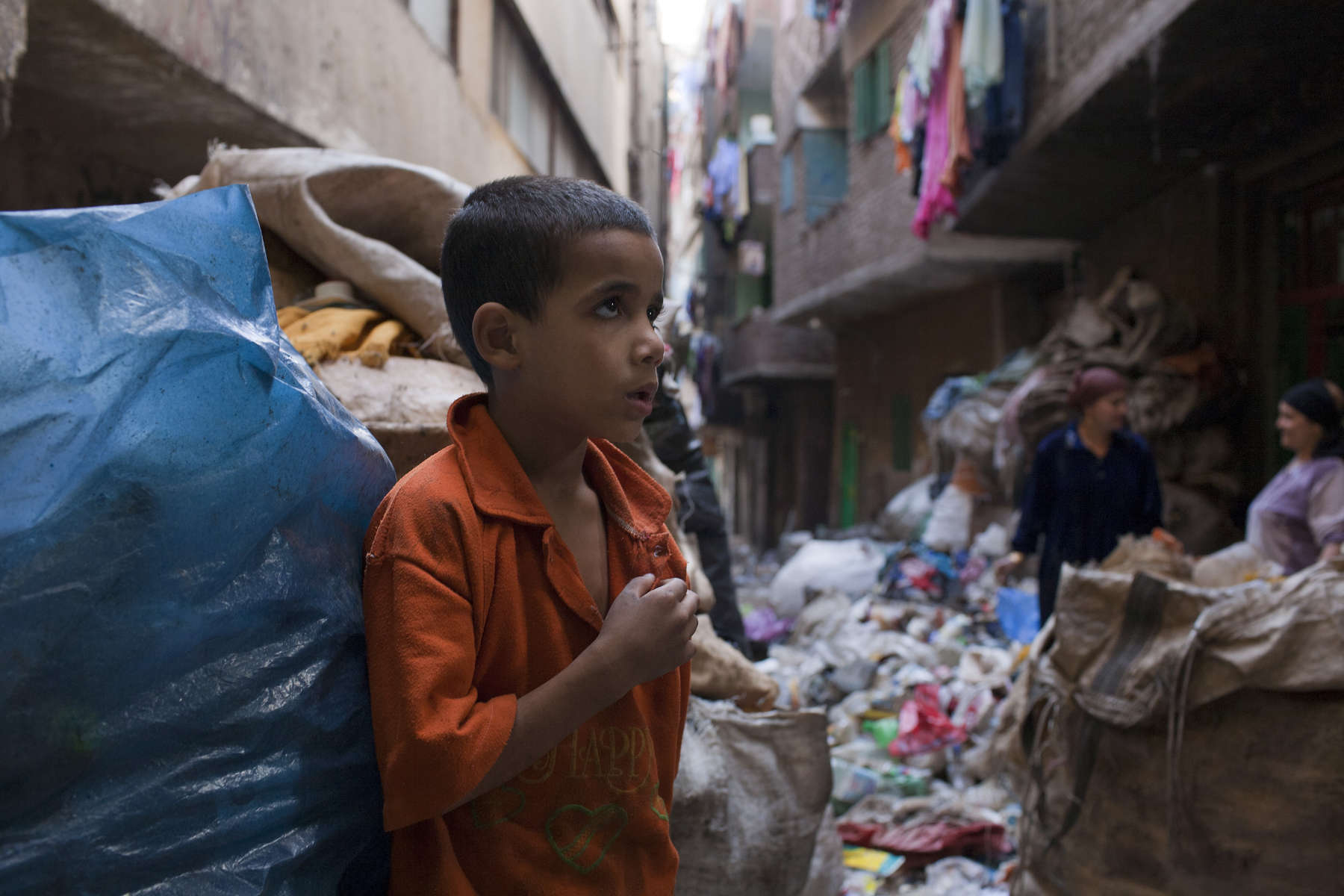 A young Zabaleen boy in a street strewn with garbage for recycling.