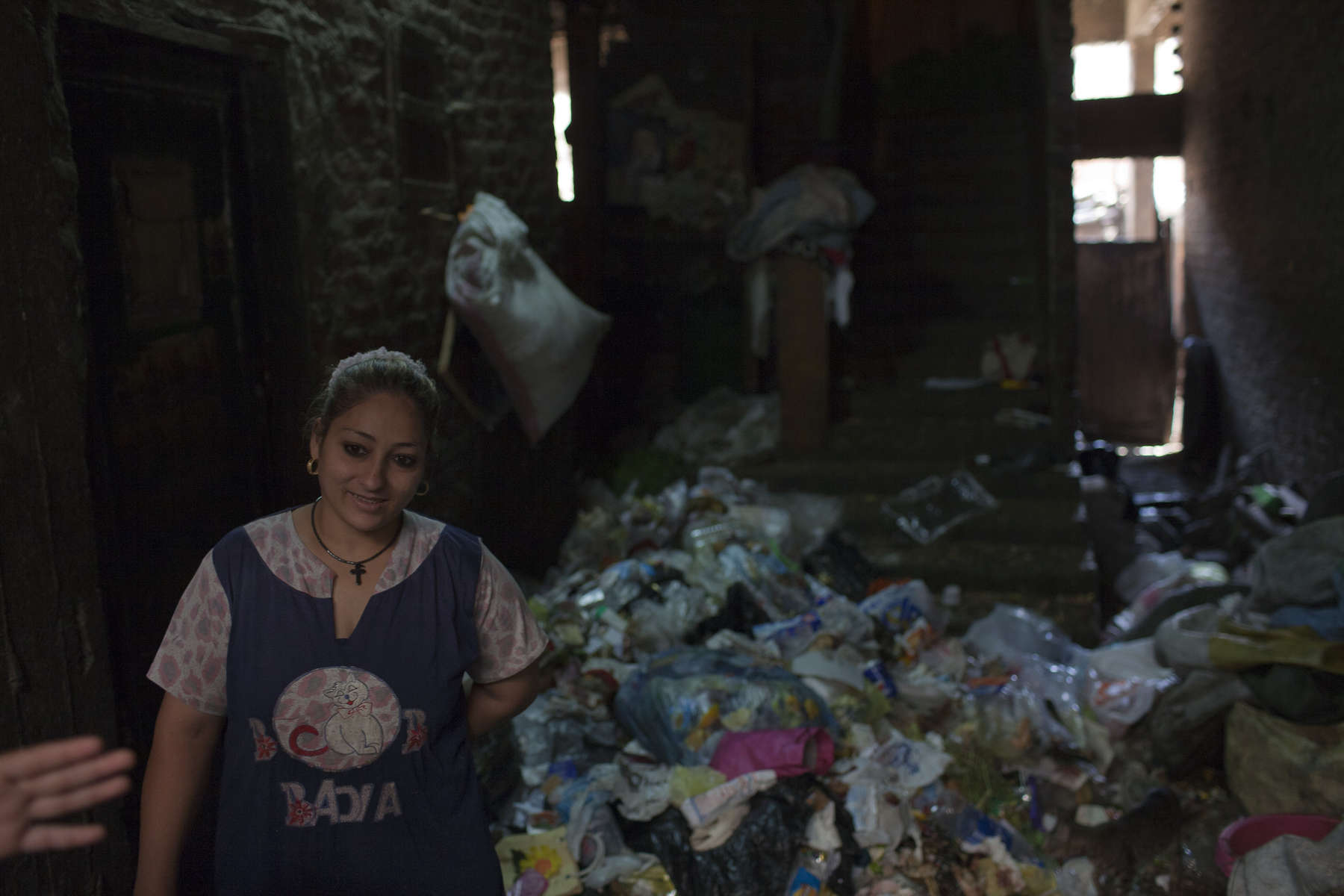 A woman in the ground floor of her home in Moqqatam prepares to sort through garbage for useful items to recycle.