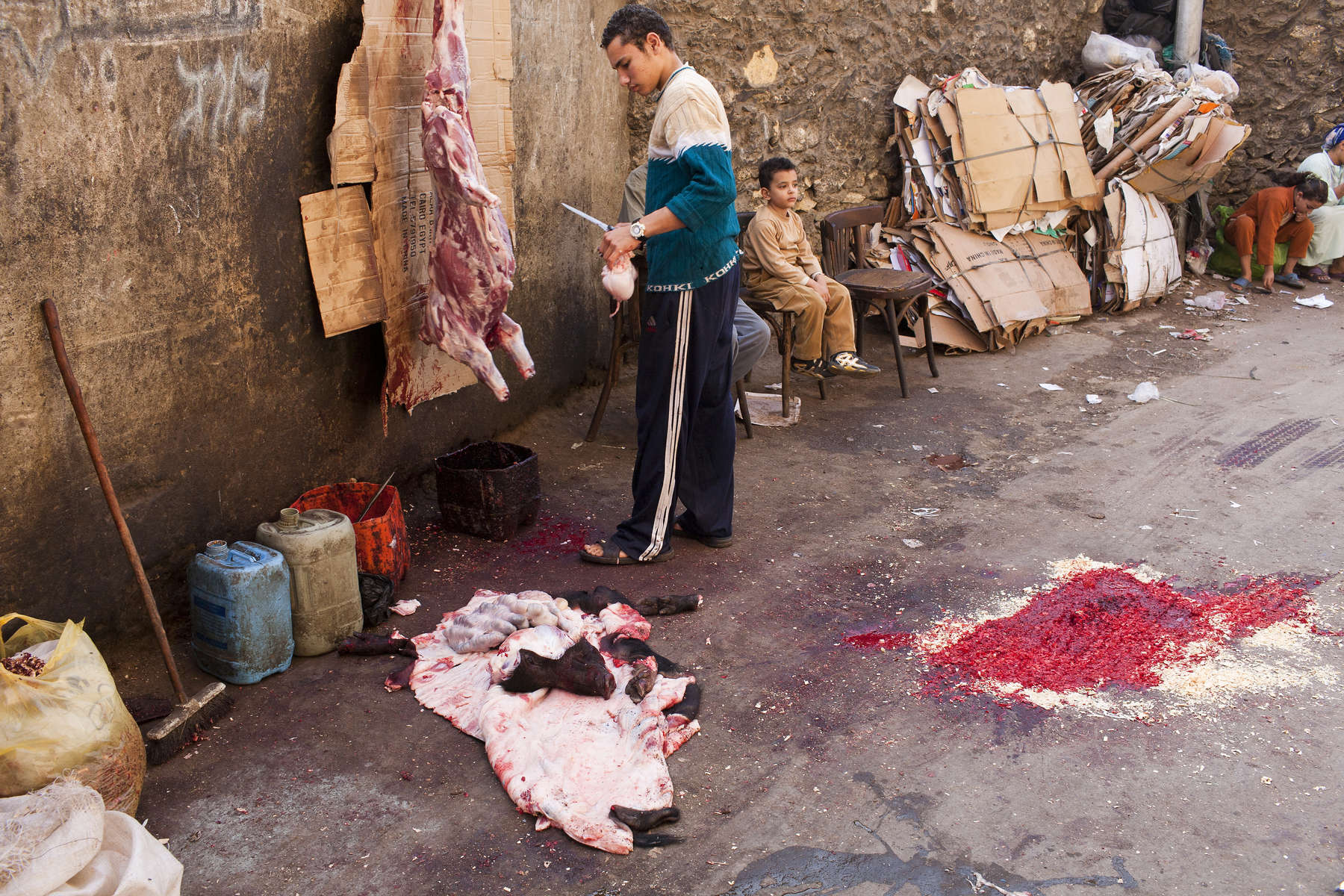 A Zabaleen man skins a slaughtered pig in Moqqatam.