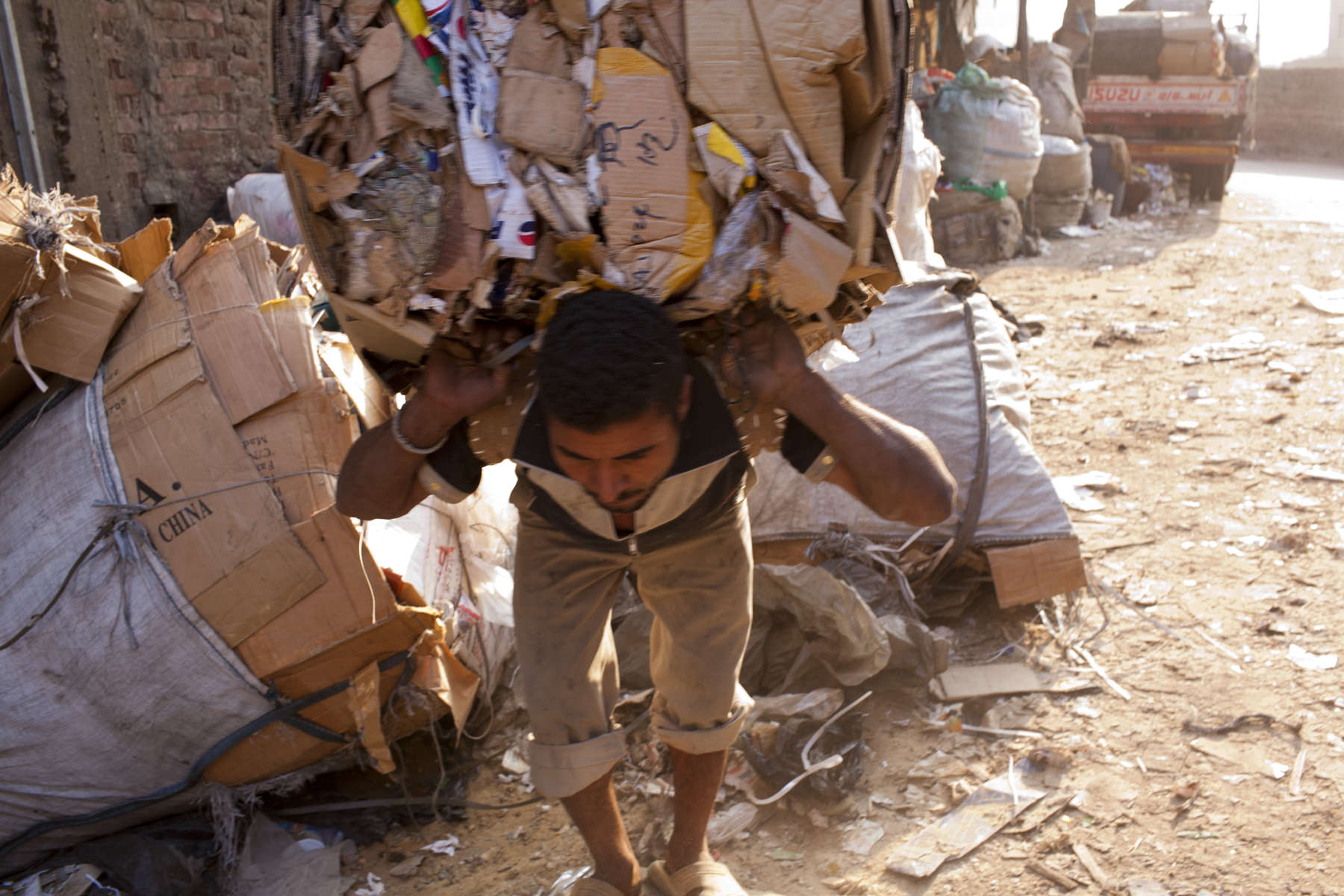 A Zabaleen man hauls a load of cardboard for recycling through a dusty street in Moqqatam.