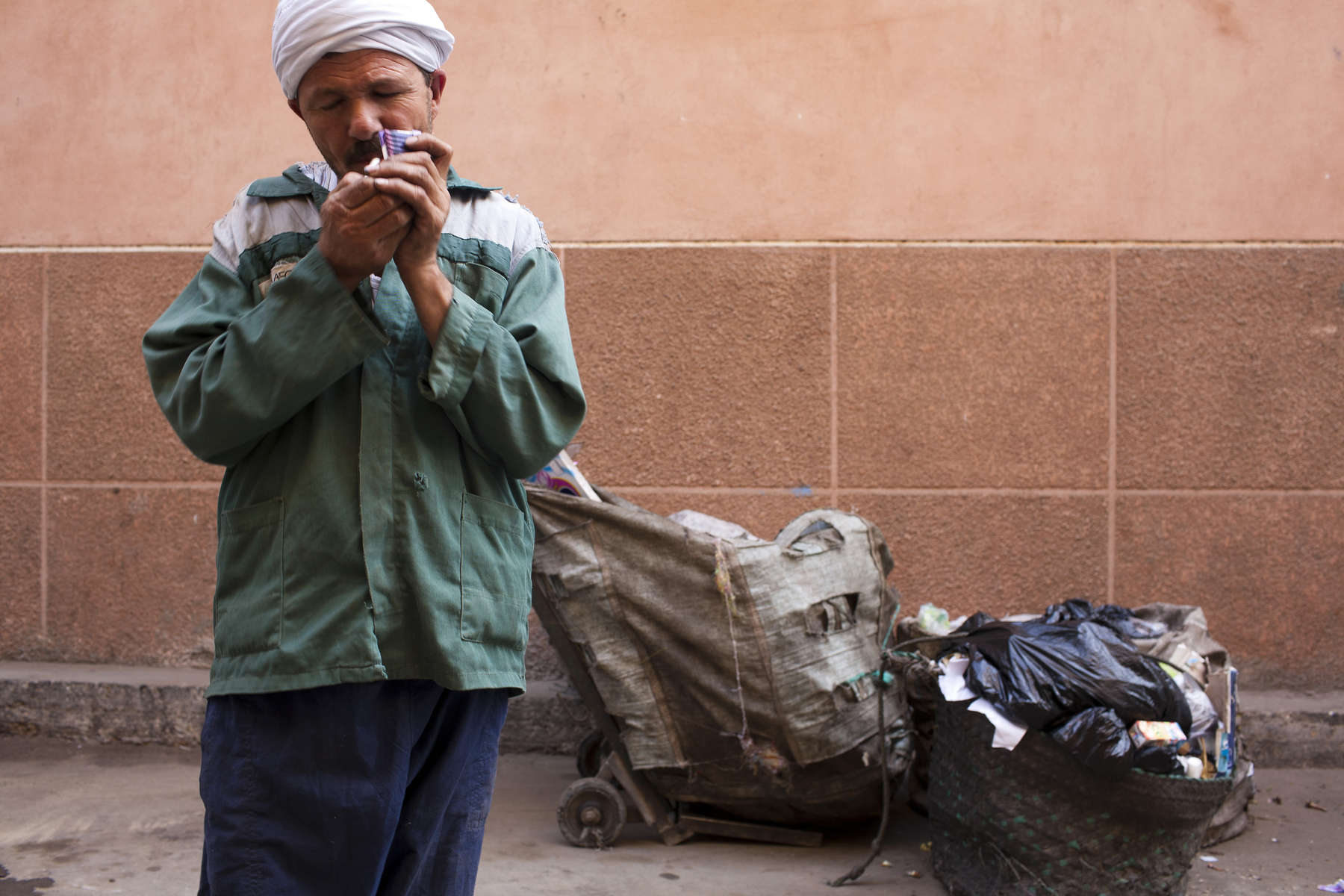 A Zabaleen man takes a break from collecting garbage in Cairo to smoke a cigarrette.