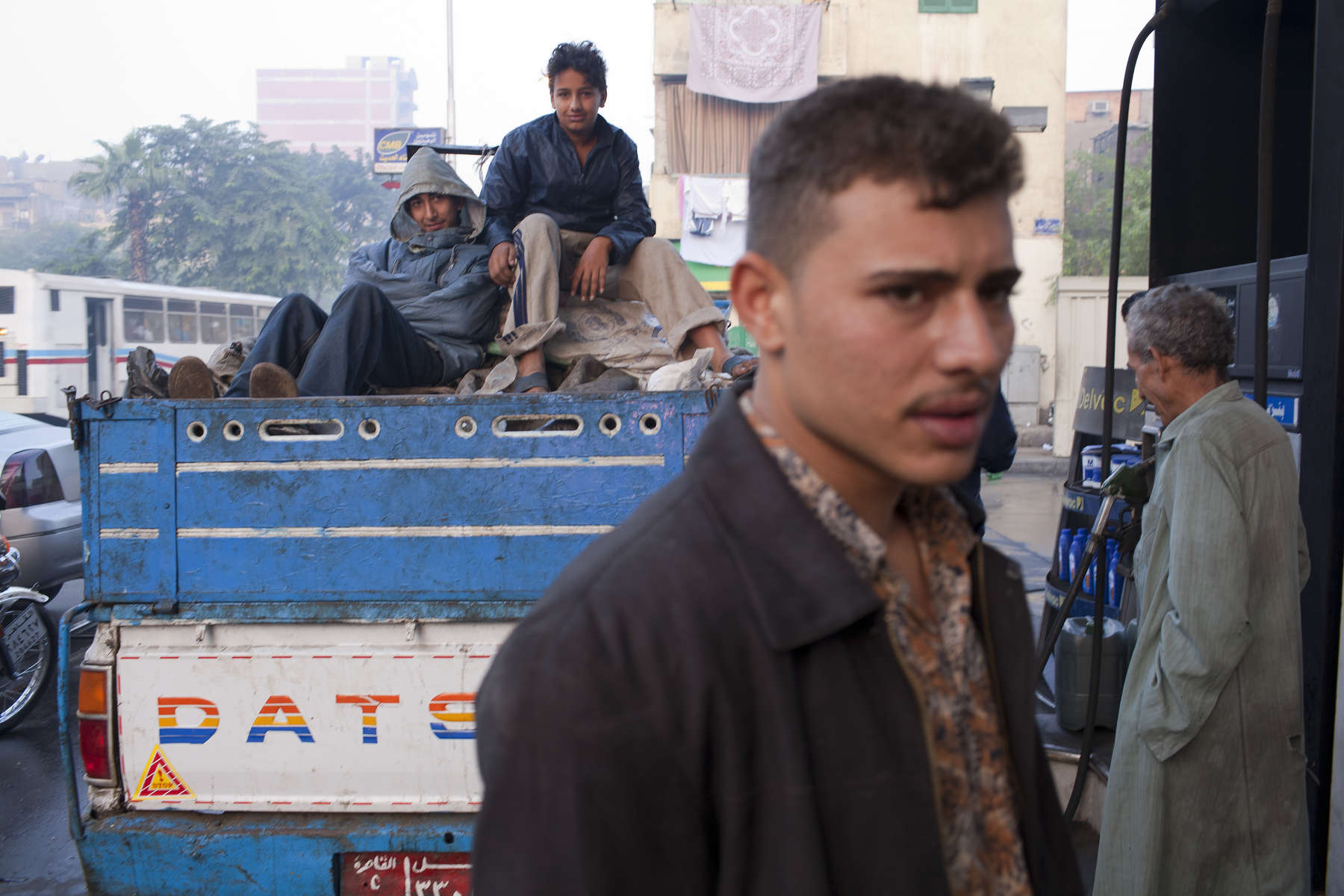 A garbage collection crew of young Zabaleen men on the street in Cairo.