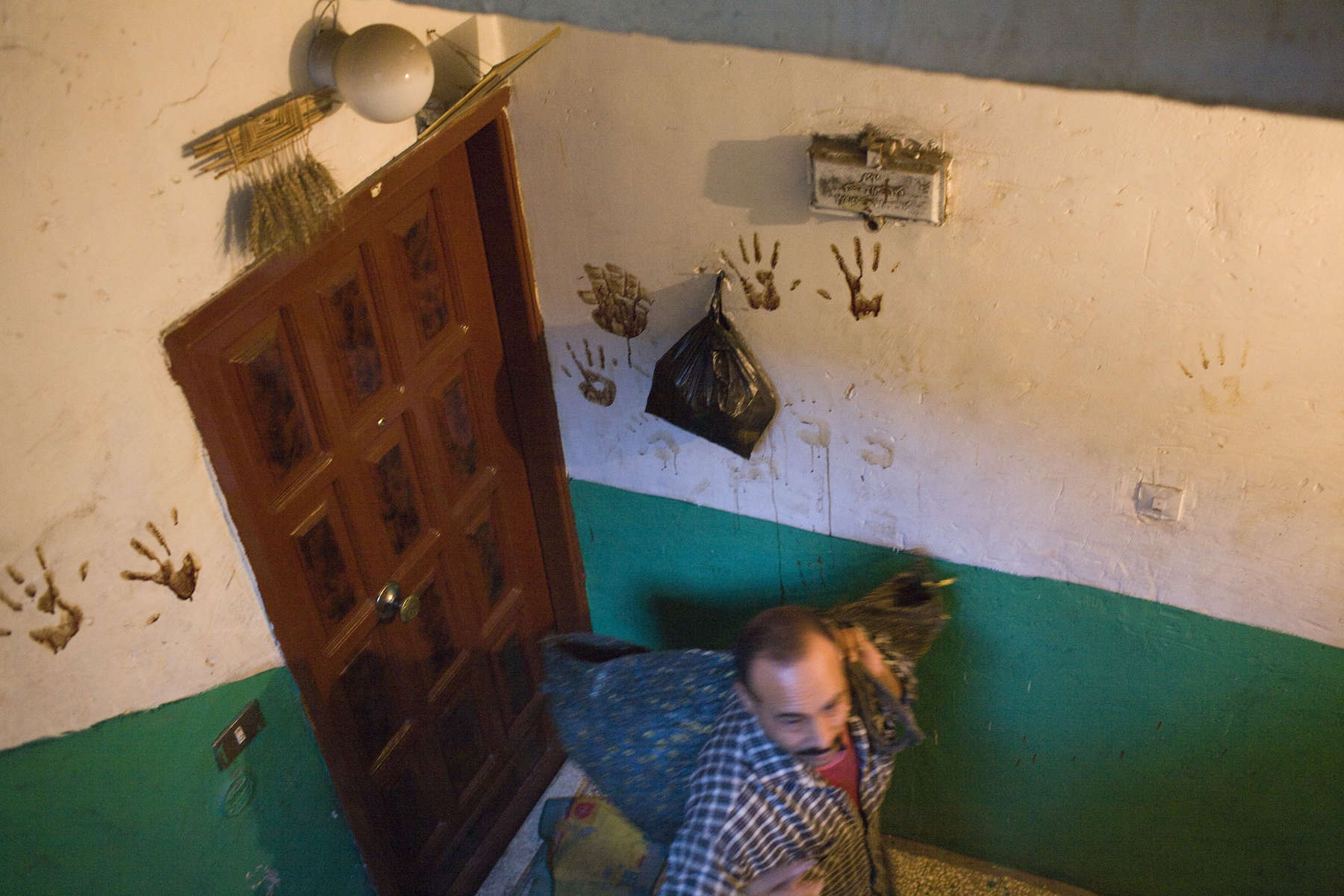 A Zabaleen man collects garbage from a Cairo suburb before returnng from his shift to Moqqatam.