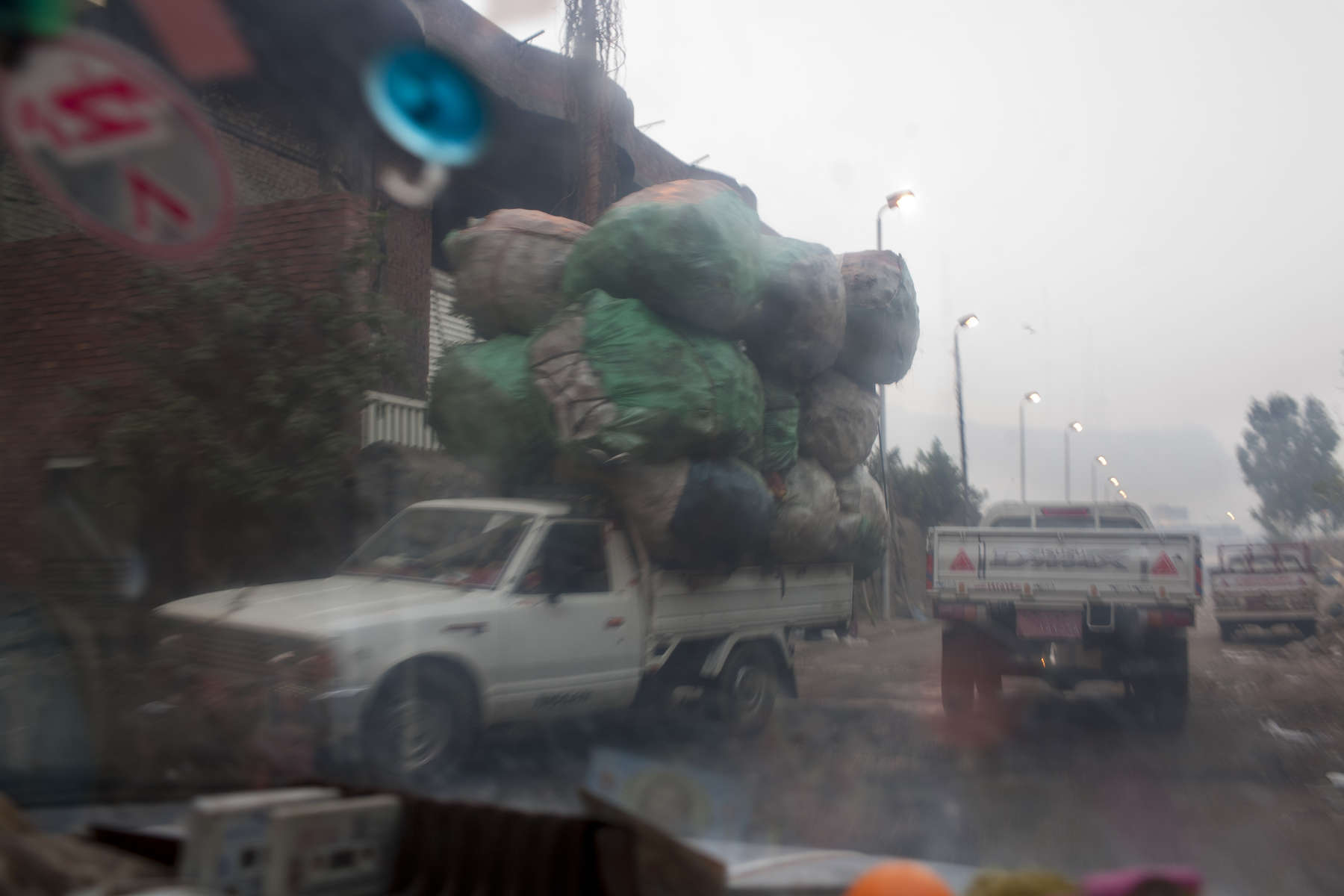 A truck heads out from Moqqatam on a morning shift to collect garbage.