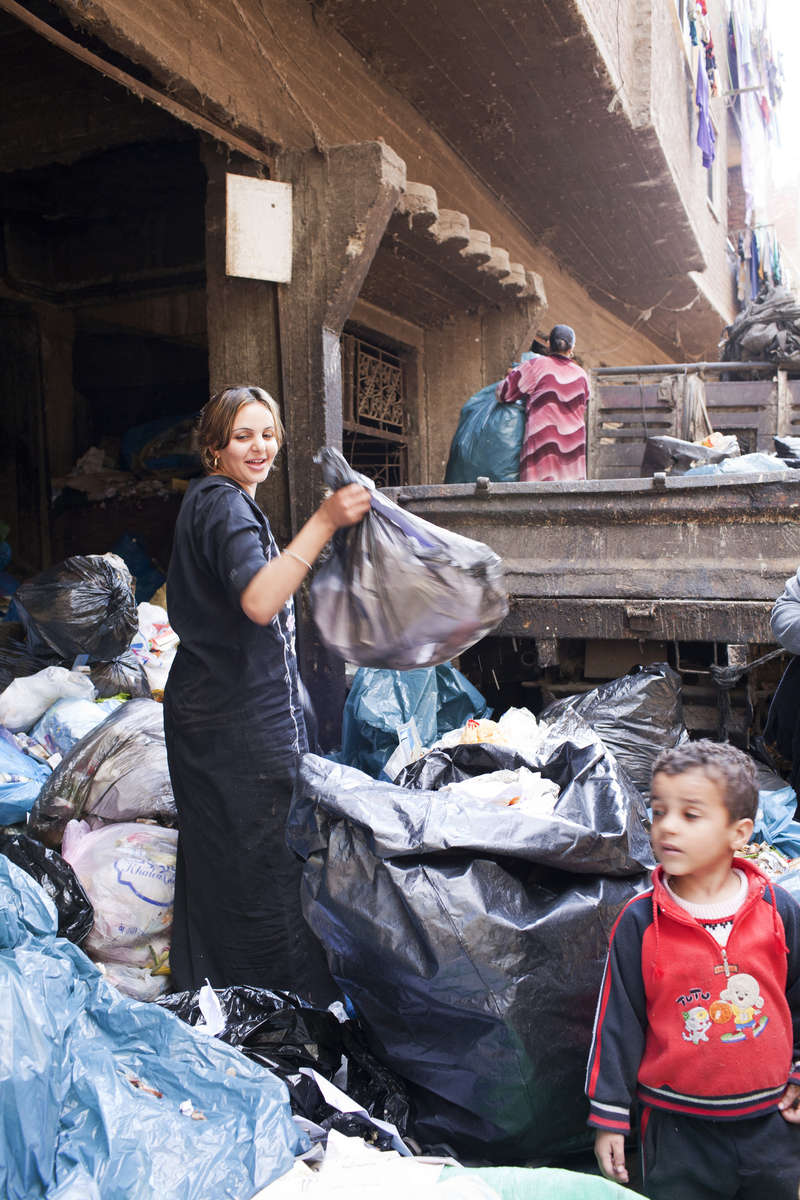 A young Zabaleen woman sorts through garbage collected from Cairo for useful items to recycle.