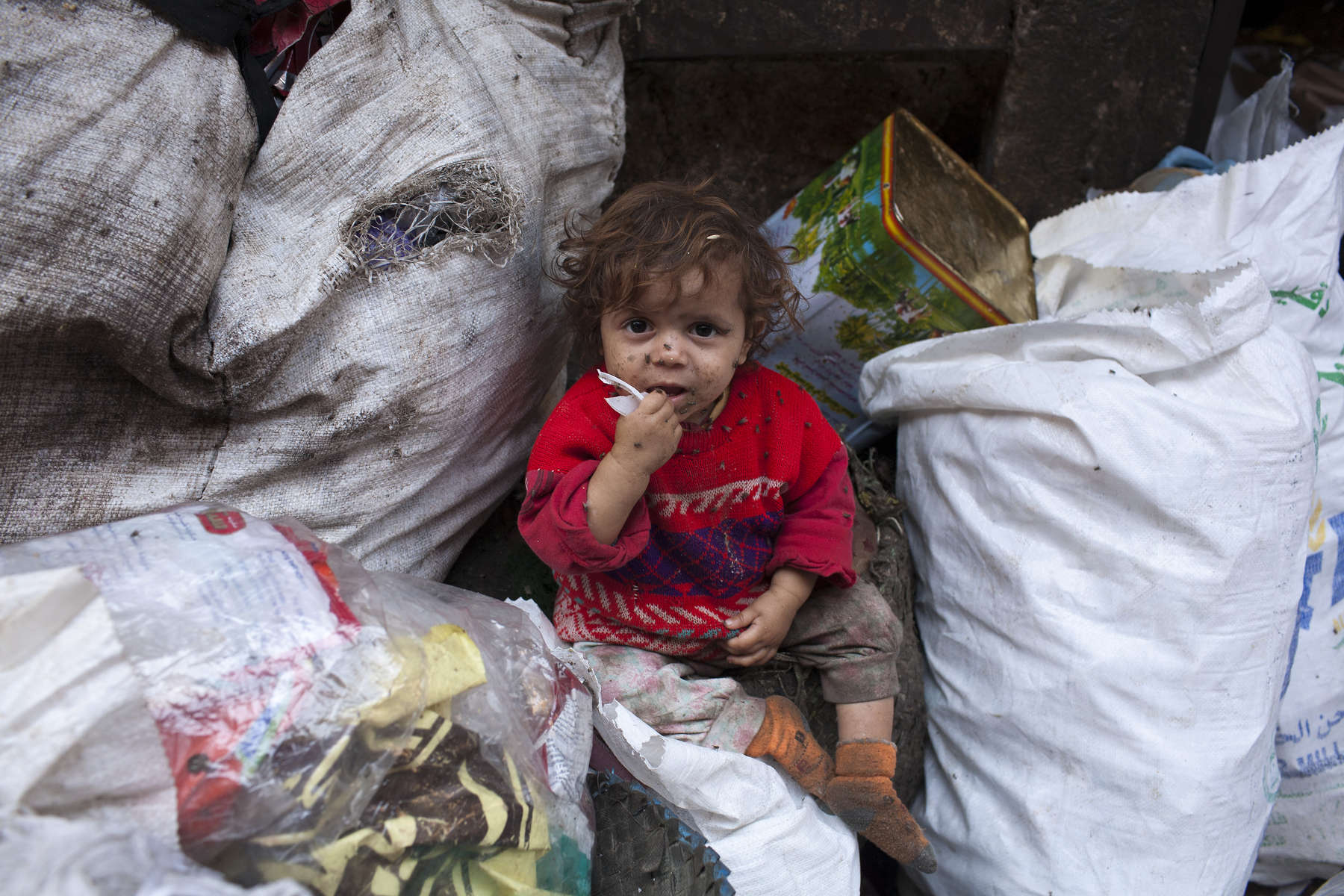 A filthy young child sits on a pile of rubbish stacked on a street in Moqqatam.