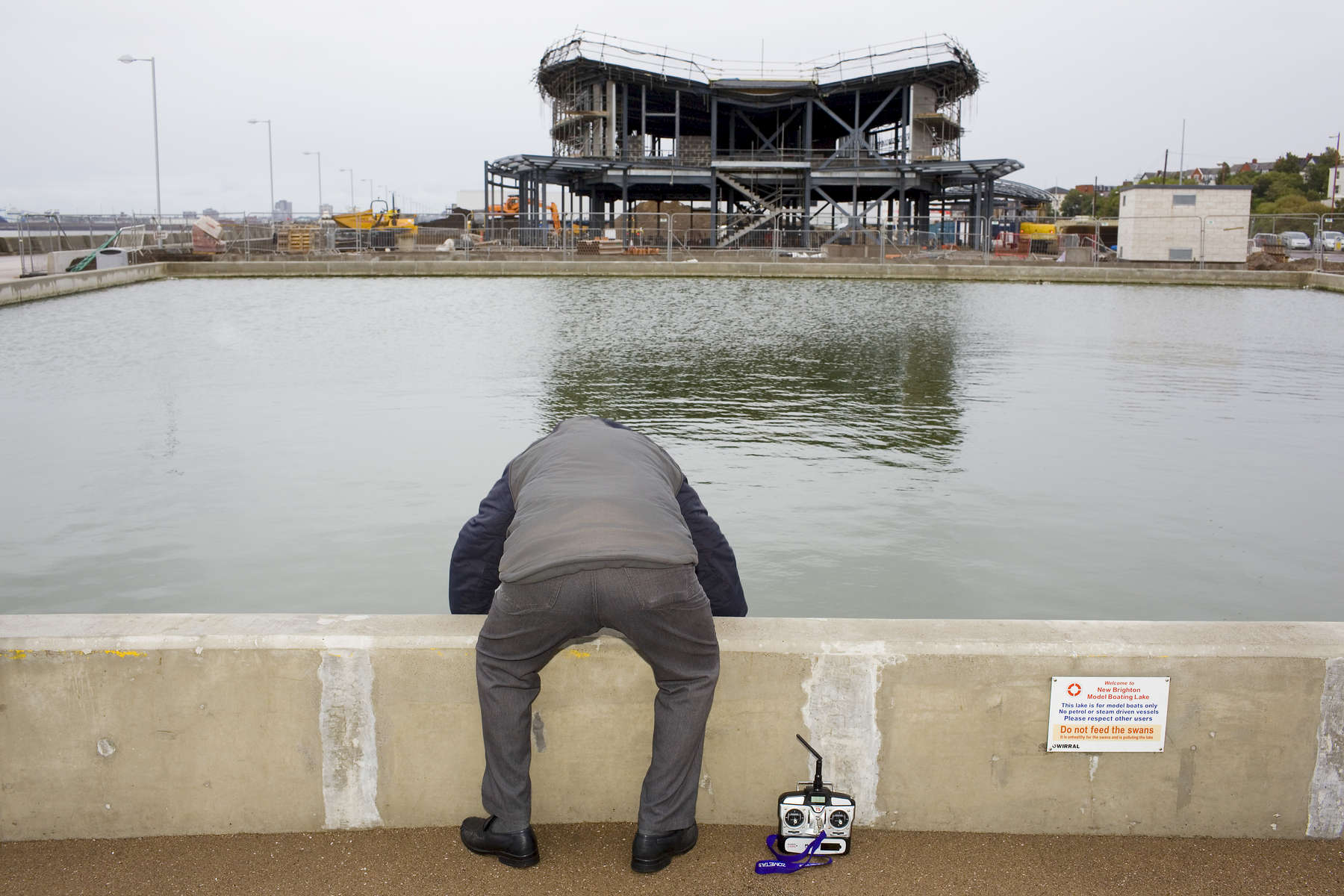 71 year-old John James tests his new model boat, Andrea Gail on the King's Parade lake. John has been a member for six years, the club has around 70 members. A new gymn and open air pool is being built next to the boating lake as part of major redevelopment in New Brighton.