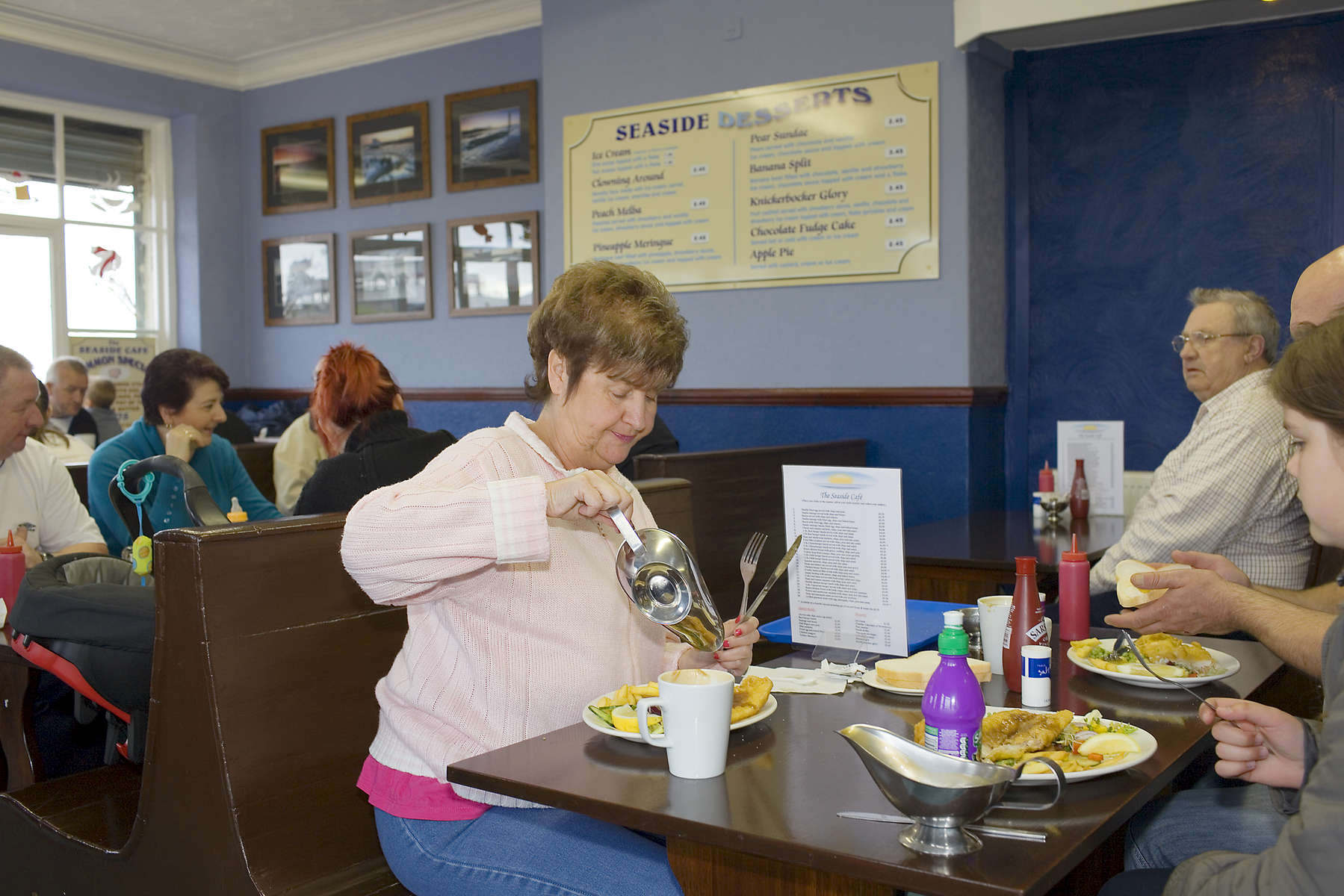 A woman pours gravy on her fis and chips served at the Seaside Cafe on Marine Promenade.

In 1986 world famous photographer Martin Parr published his book 'The Last Resort,' a set of photographs taken over three seasons 1983-85 in the Liverpool suburb of New Brighton. 25 years later, pohtographer and Parr fan, Peter Dench, went on a pilgrimage to New Brigthon to walk in Parr's footsteps to document what has changed or remained the same in the seaside town.