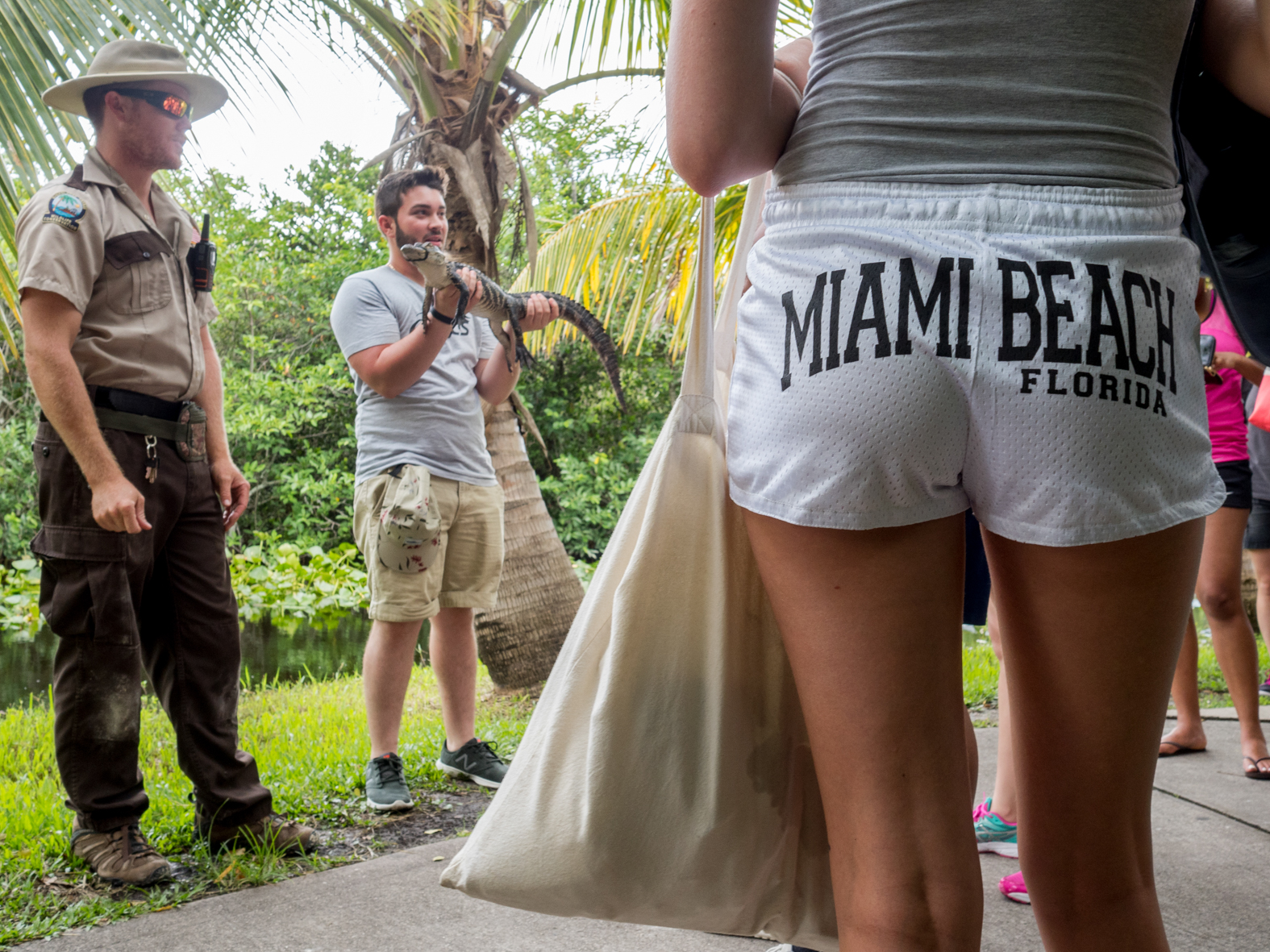 A visitor to the Everglades Safari Park poses for a photograph with a young alligator.

The Everglades is a large tropical wilderness, the largest wilderness of any kind east of the Mississippi River and is visited on average by one million people each year. It is the third-largest national park in the lower 48 states USA after Death Valley and Yellowstone. It has been declared an International Biosphere Reserve, a World Heritage Site, and a Wetland of International Importance, one of only three locations in the world to appear on all three lists. It’s home to over 350 species of birds, around 1.5 million alligators and the elusive Florida Panther.