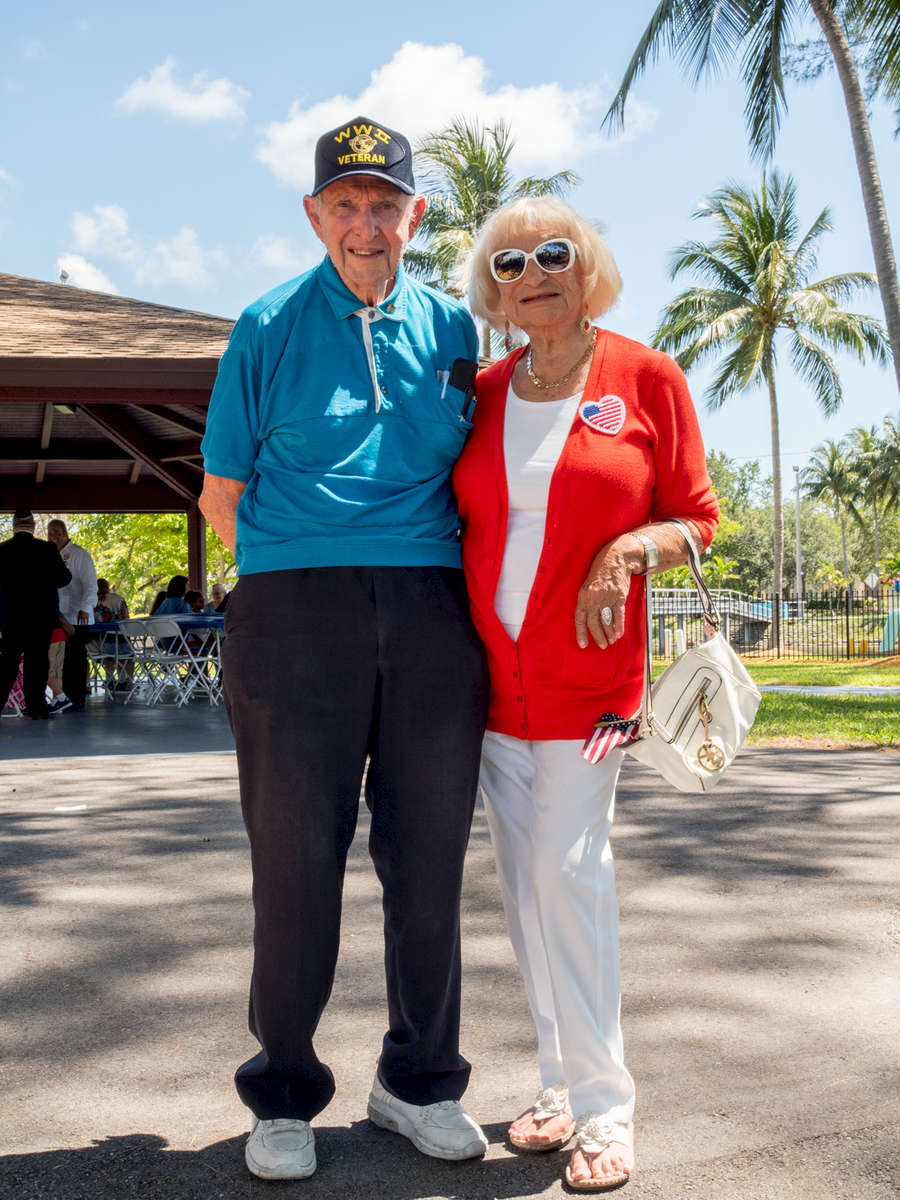 Visitors to the 2016 Memorial Day Service at All Wars Memorial Park, Miami.