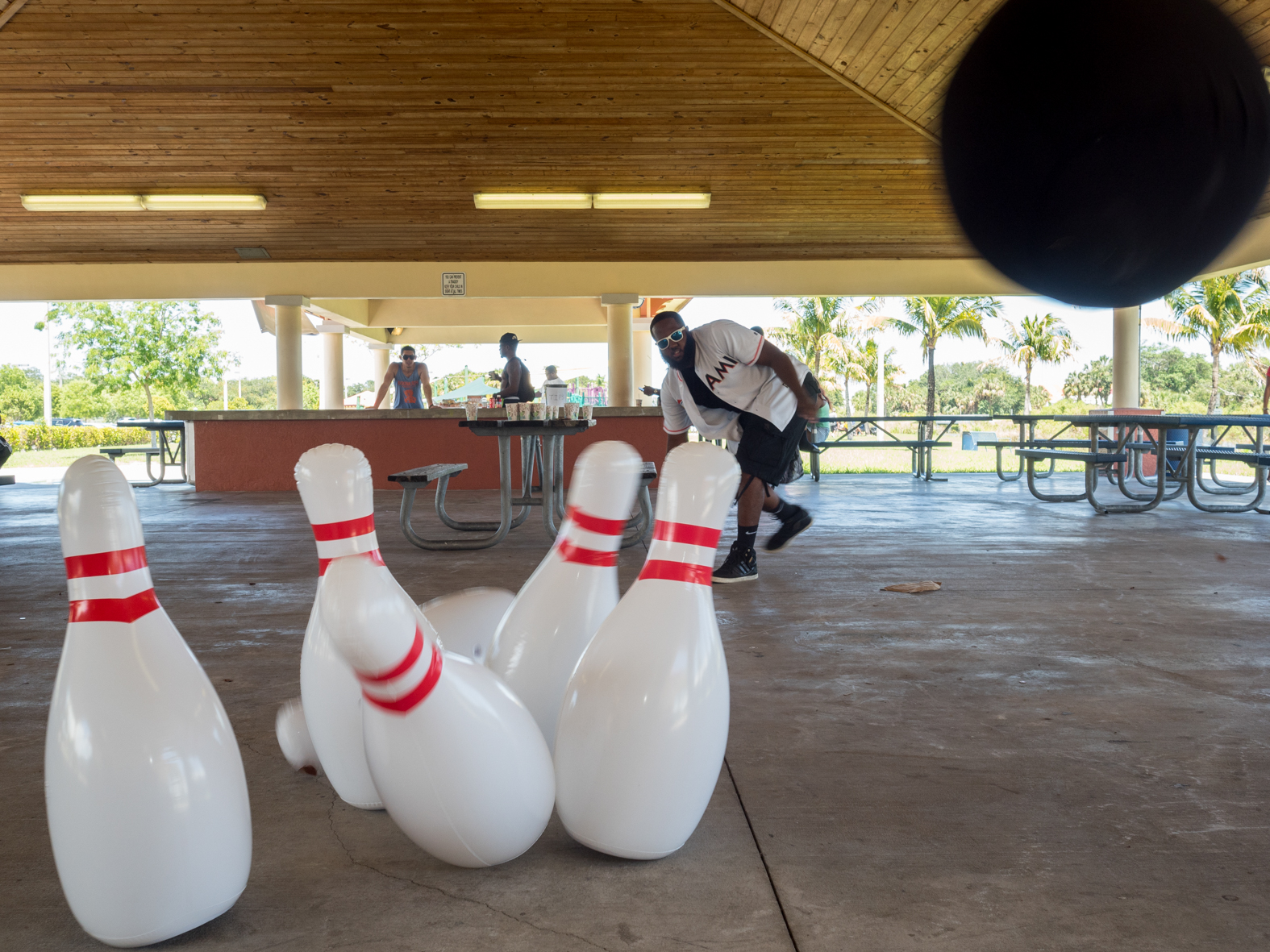 A man plays giant skittles at Juggfest - all you can drink day party at Central Broward Regional Park, Miami.