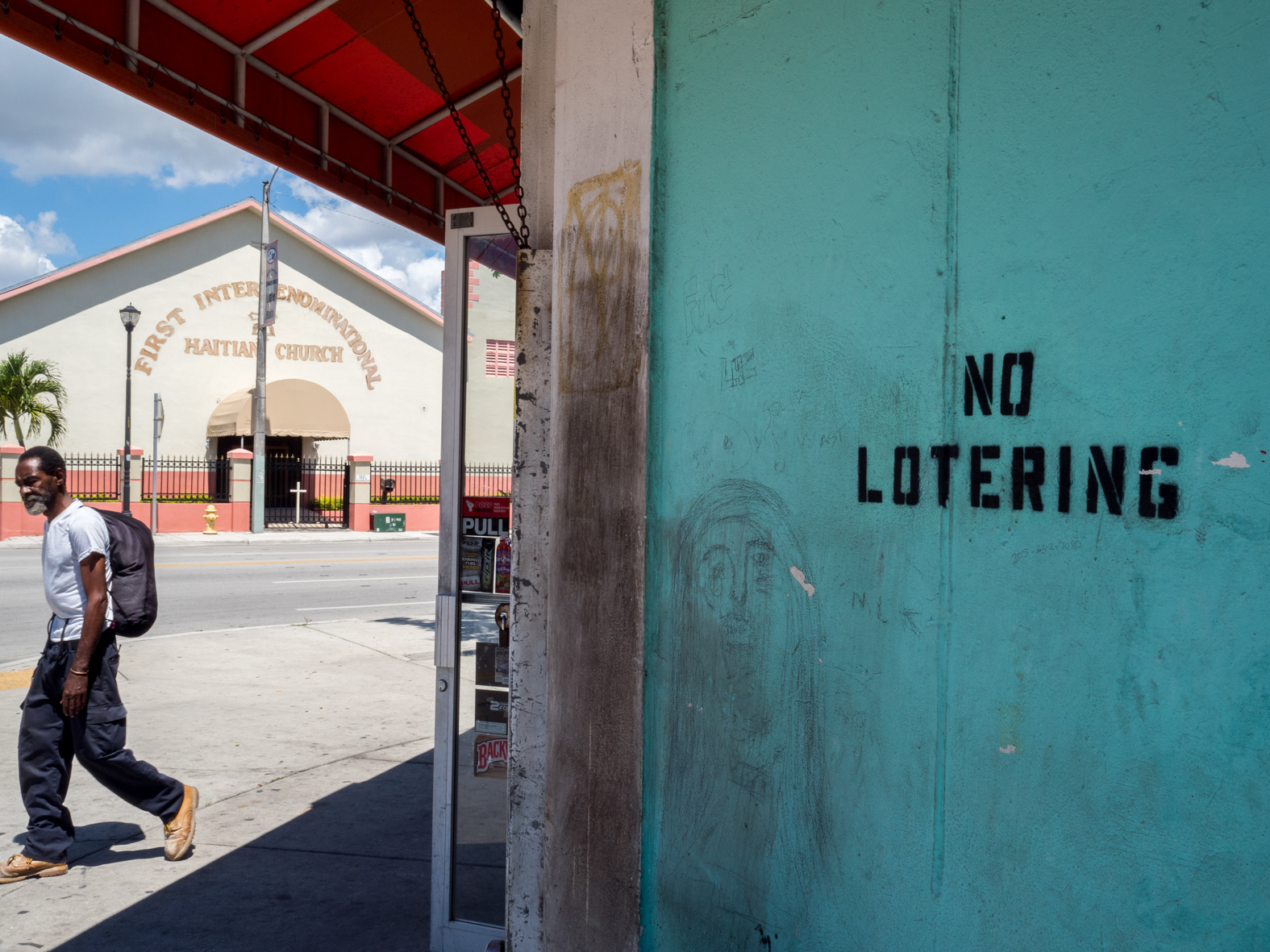 NO LOTERING. A sign painted on the side of a shop in Little Haiti, a neighborhood of Miami, Florida, United States. It is home to many Haitian immigrant residents, as well as many residents from the rest of the Caribbean.