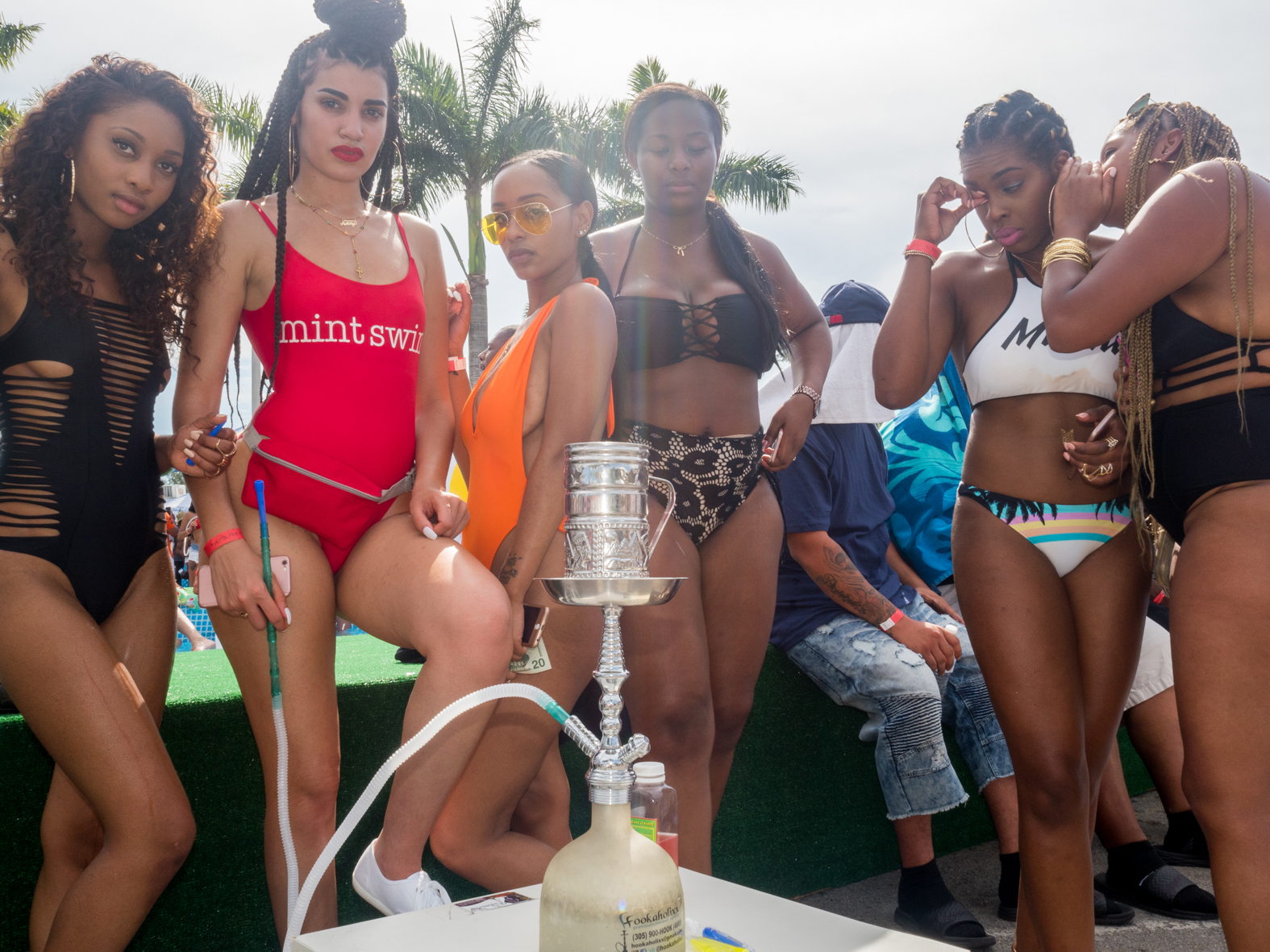 Young visitors to a pool party in the Sweetwater district of Miami.