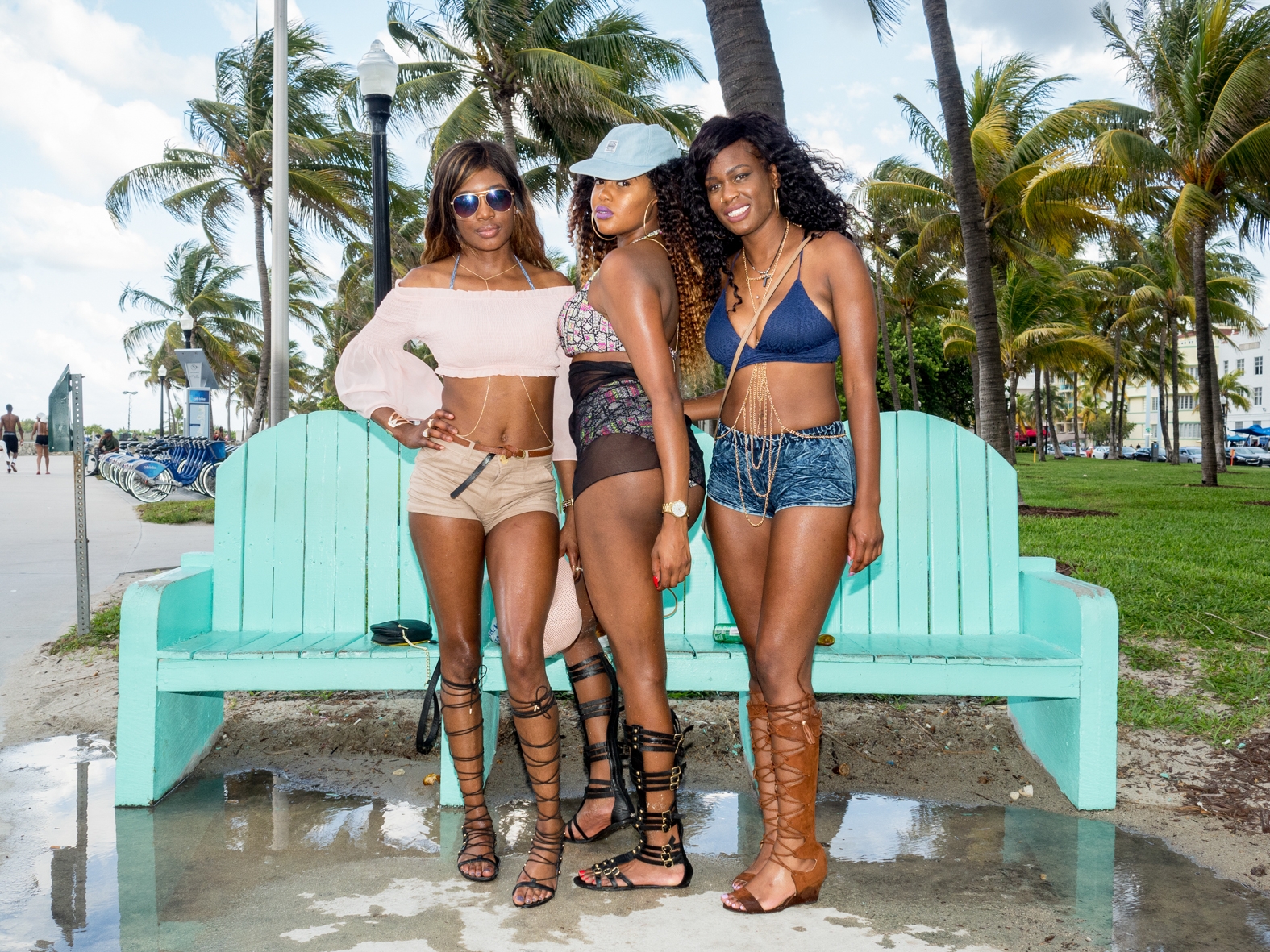 Friends Alicia, Stephanie and Nicole at Urban Beach Week, a hip-hop festival held in Miami's South Beach over the Memorial Day weekend since the 1990s.