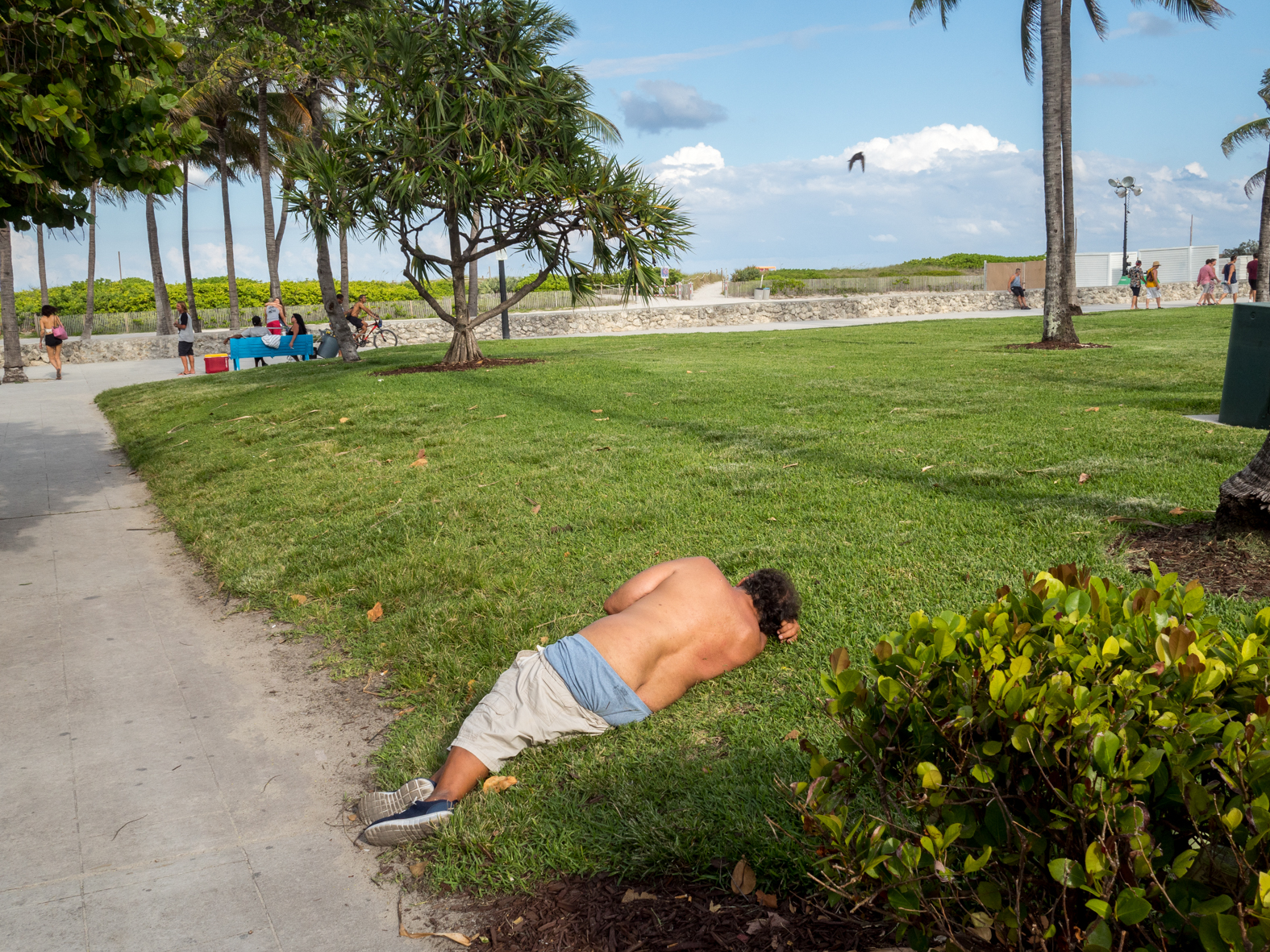 A man rests on the grass, South Beach, Miami.