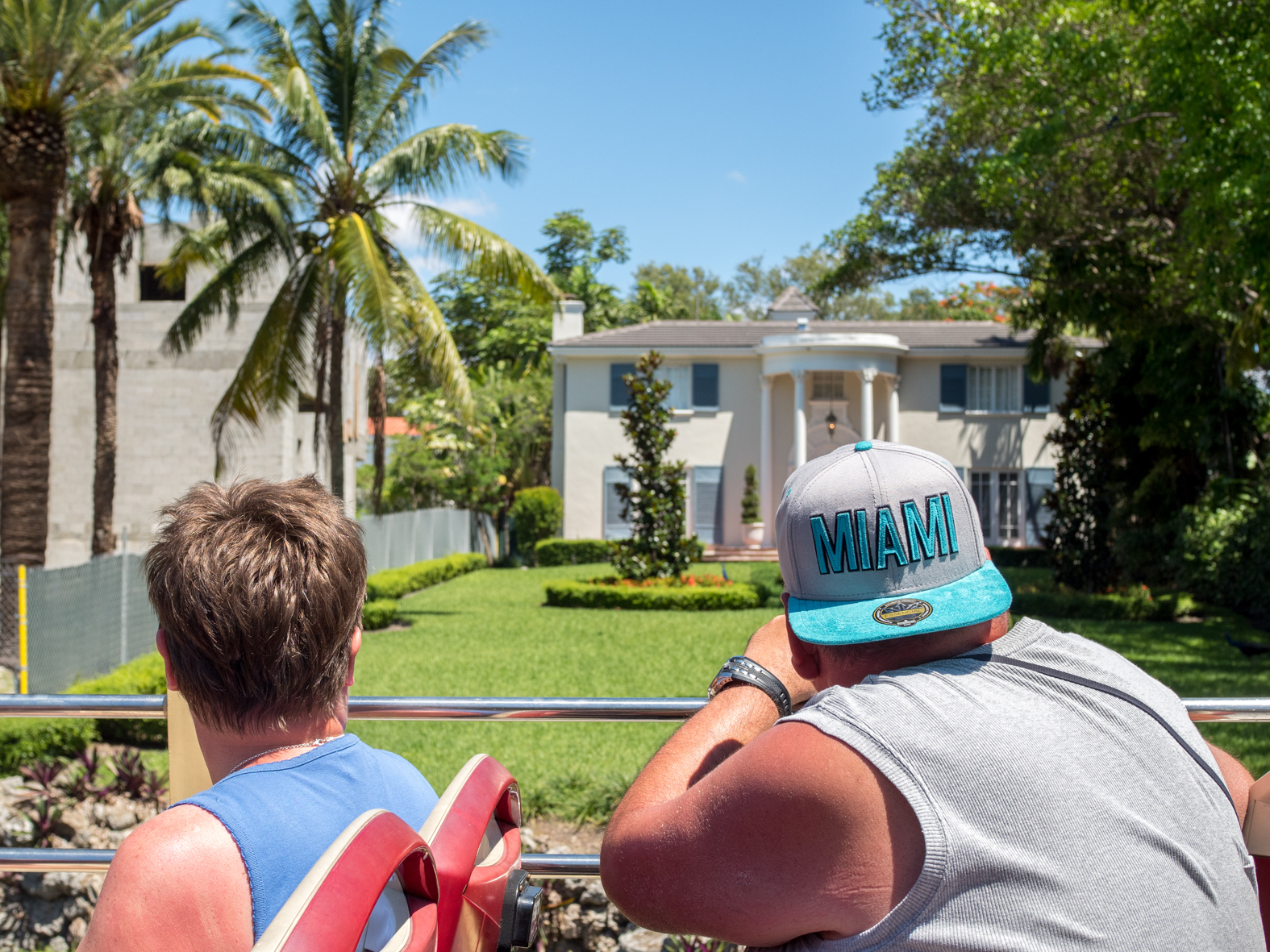 A bus tour passes by an expensive home in the affluent Coral Gables area of Miami.