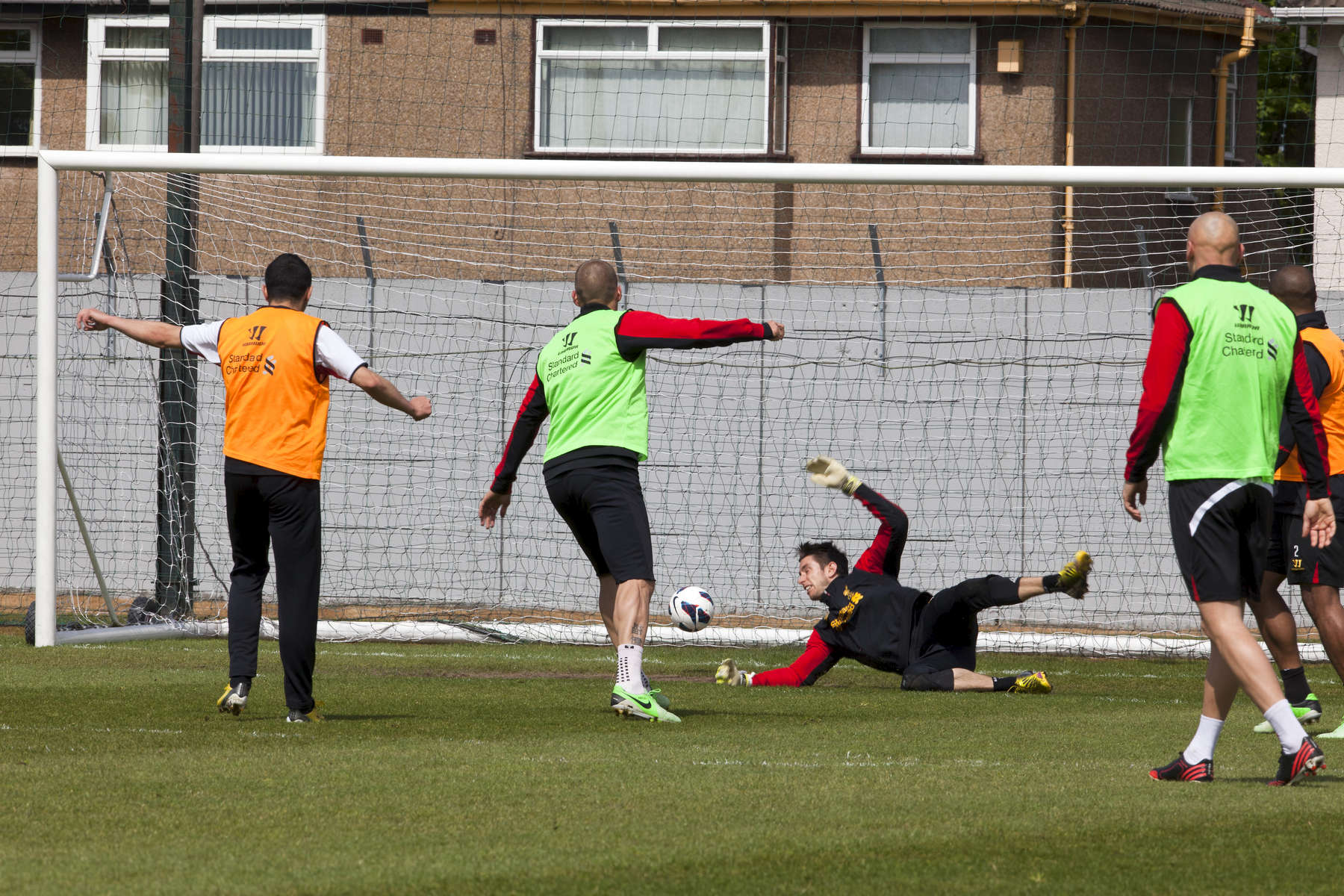 A training goal is scored against Liverpoll FC goalkeeper Brad Jones at the Melwood facility.