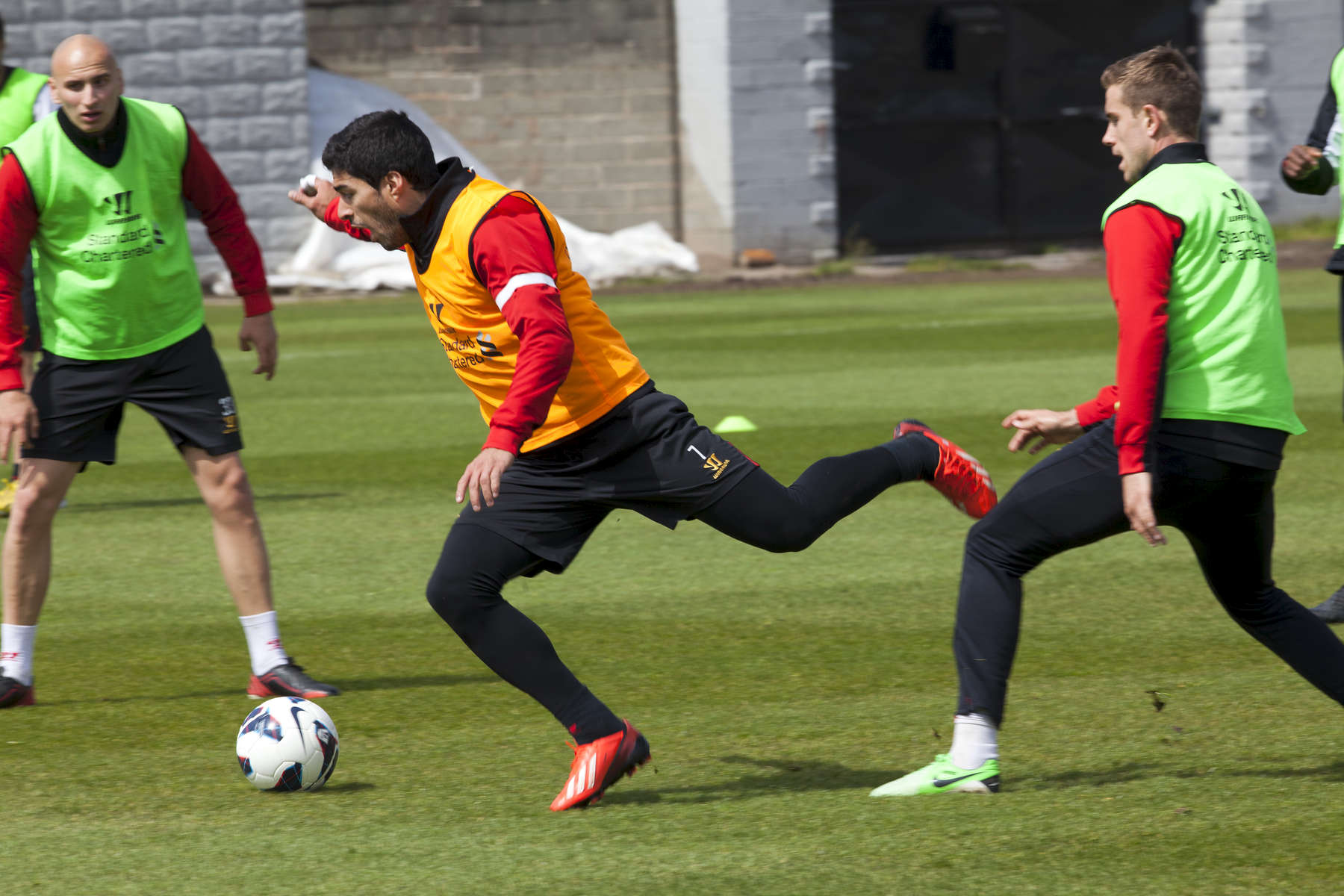 Liverpool FC striker Luis Suarez during training for the cllub at Melwood.