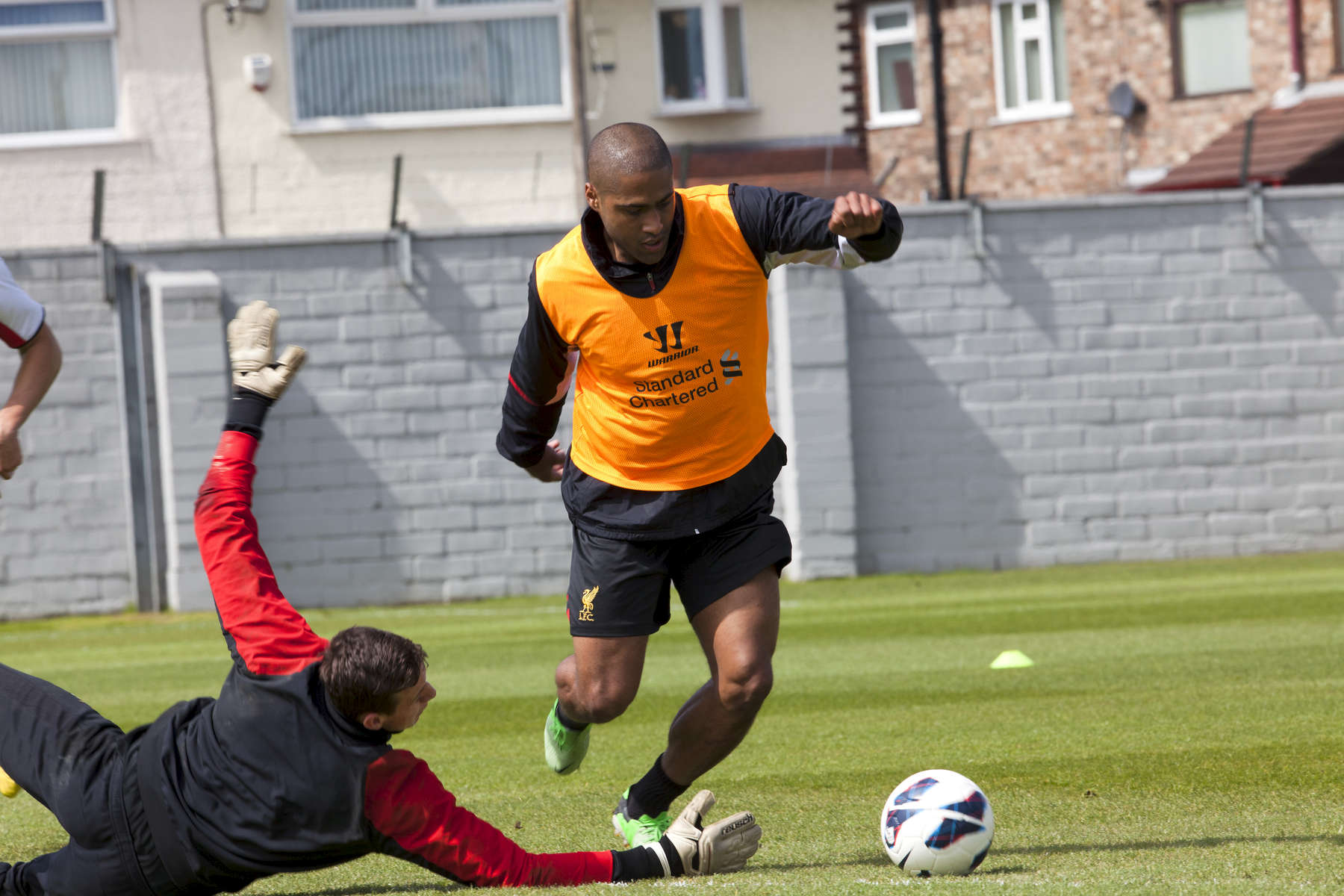 England and Liverpool FC right back Glen Johnson rounds the keeper during a training session at Melwood.