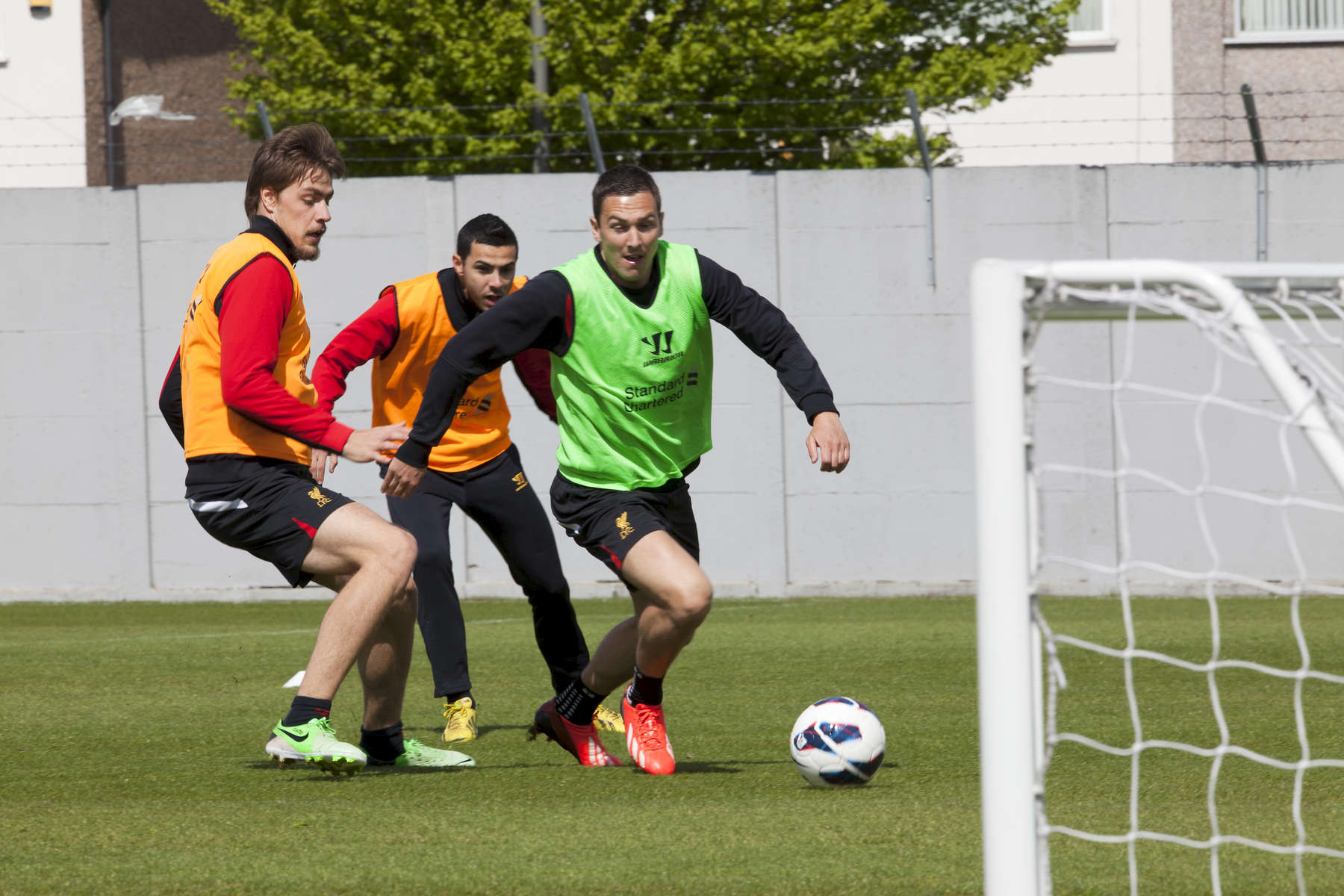 Sebastian Coates, (left) and Stuart Dwoning (right) in a training game at Melwood.