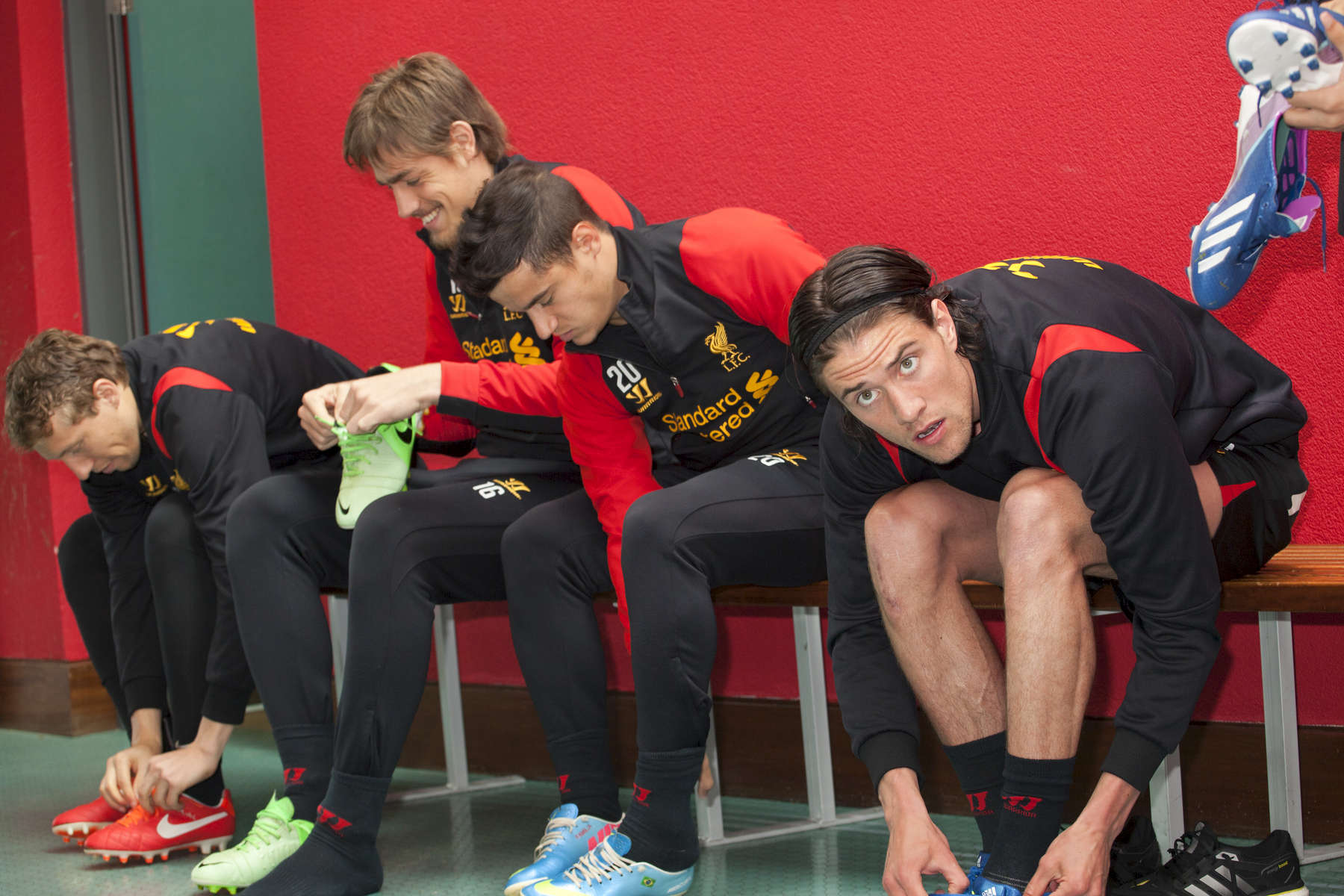 Liverpool FC players boot up before training at Melwood.