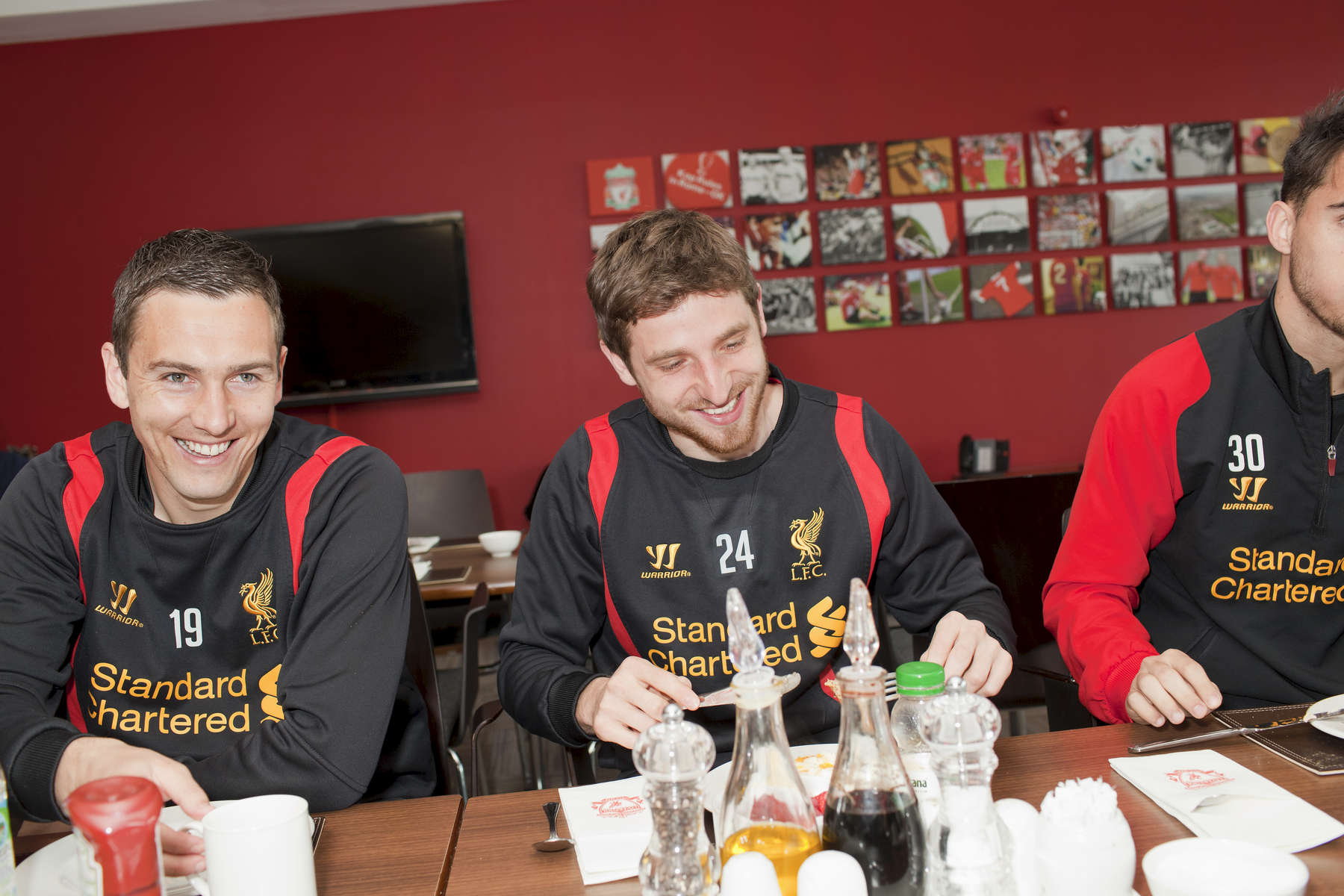 Liverpool FC players Stuart Downing (left) and Joe Allen (centre) share a joke over breakfast in the canteen at Melwood.