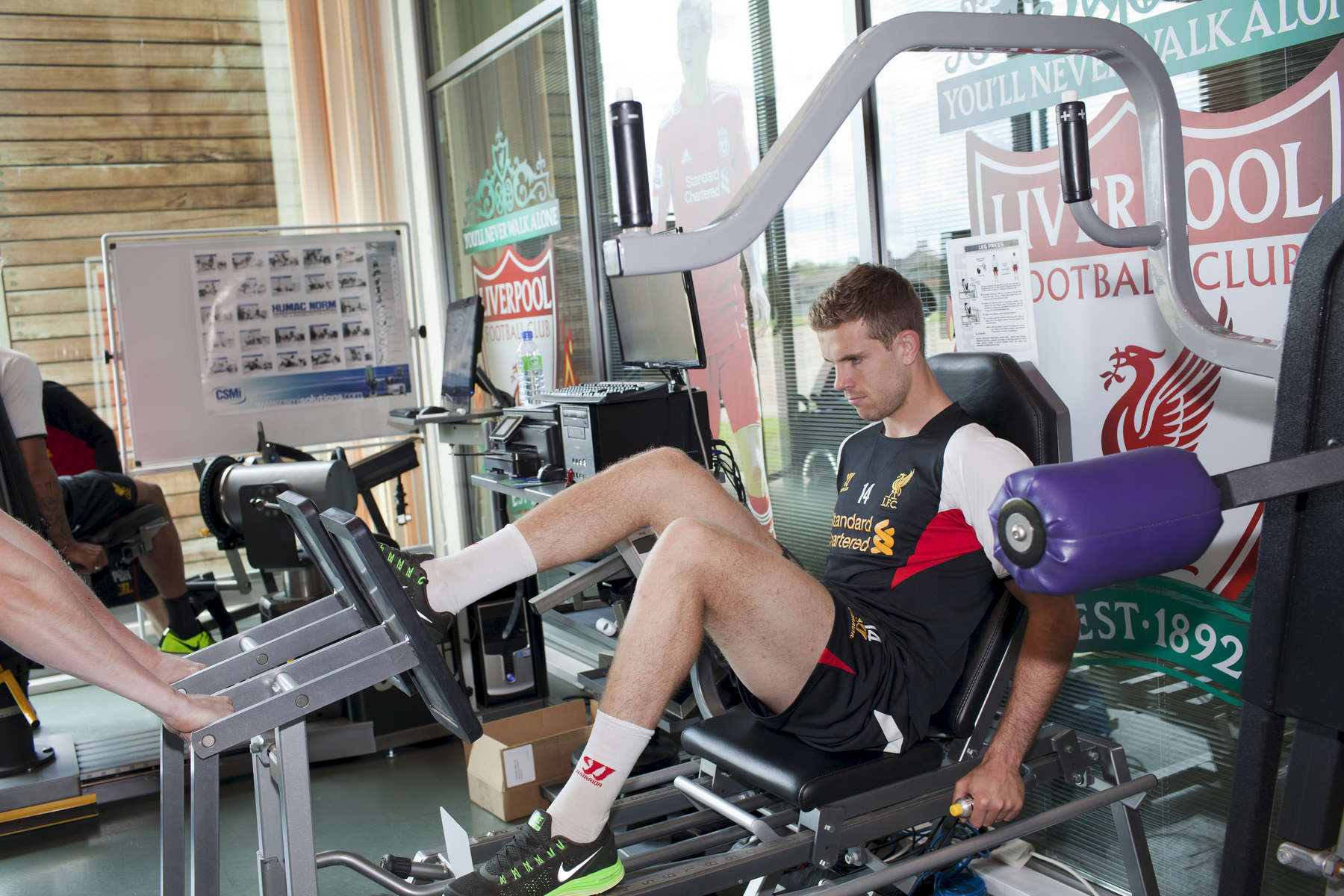 Liverpool FC midfielder Jordan Henderson works out in the gym at Melwood.