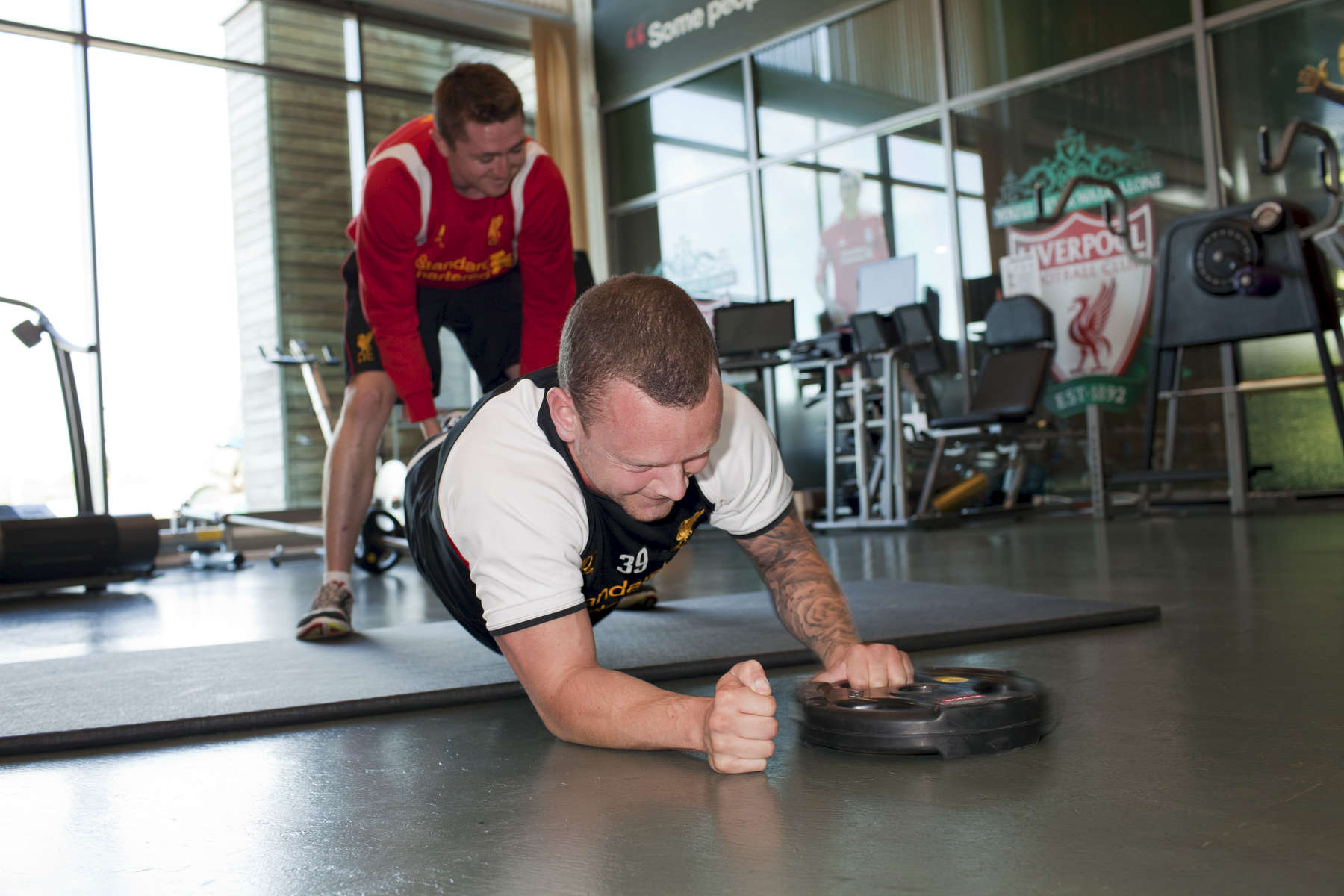 Liverpool FC defensive midfielder Jay Spearing receives a work out in the gym at Melwood.